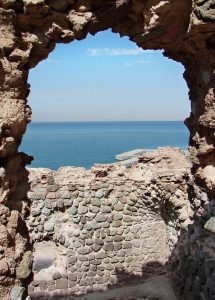 Does your writing show clearly defined arcs? In story, scene, and character?

I spent last Saturday afternoon teaching about arc and it has gotten me thinking about it a lot. Whenever I teach, I do a lot of research to add onto what I already know. That research got me paying more attention to the arcs of my own scenes (more on that below), and re-examining arc in my own work.

It is a useful concept that can help you with the macro–the overall story–and the micro–individual scenes–as well as characters. So let’s take a look.

The purpose of arc is to show change, whether that is in plot, the overall story, or character.  Because, in most cases, a story or character that doesn’t change is flat and, well, boring.

Here’s a blurb from Wikipedia:

Story arcs in contemporary drama often follow the pattern of bringing a character to a low point, removing the structures the character depends on, then forcing the character to find new strength without those structures. In a story arc, a character undergoes substantial growth or change, and it ends with the denouement in the last third or quarter of a story.

Note how story and character are intertwined in this explanation–as they will be  in your story itself. Think about it this way: your story will end in a different place than it started. And I don’t mean location, though this might well be true. You start out with a bored frustrated attorney who hates his job? By the end he will have found his truly calling as an organic farmer. Or something.  And yes, I’m veering from story to character here–because story is character, character story. Unless you are writing an obscure, plot-less novel of some sort. Good luck to you–but I’m not going to read it.

(Although, it must be said that tons of people have lapped up the Elena Ferrante books, which to me were essentially plot-less. Okay, I only made it through the first one and that because I was trapped on an airplane with nothing else to read. But they were pretty formless.)

The basic idea is that your main character is faced with conflicts that take her away from her normal life and things she can depend on. This is change. But then your character has to deal with this change–and it is through doing this that she is transformed. Because of the need to confront the conflicts in her life, she is different at the end than she was at the beginning.  I especially like Michael Hauge’s statement that this transformation is from identity to essence.  All of the heroines of any novel I’ve ever written have followed this path, from trying to be somebody they are not to their true selves. In one way or another, it is a journey we all take.

As Robert McKee says, every scene should turn. This means it starts one place and ends up in another (sound familiar?).  A scene can have rising action or falling action. Here’s McKee on the topic:

Look closely at each scene you’ve written and ask: What value is at stake in my character’s life at this moment? Love? Truth? What? How is that value charged at the top of the scene? Positive? Negative? Some of both? Make a note. Next turn to the close of the scene and ask, Where is this value now? Positive? Negative? Both? Make a note and compare. If the answer you write down at the end of the scene is the same note you made at the opening, you now have another important question to ask: Why is this scene in my script?

This is a brief intro to the topic, but I hope it helps you see how important arc is, in every aspect of your story.

What is Narrative Arc? A Guide to Storytelling Through Story Structure

How to Create a Satisfying Story Arc

Story (by the above-mentioned Robert McKee)

What do you think of the concept of arc? Leave a comment!

**We have a couple of spots left in the writing workshop in France this September. Check it out here.