Today is Ash Wednesday.  I am by no stretch of the imagination an authority on this or any other Christian holiday, seeing as how I was raised in the Unitarian church, and in Sunday School we learned about needy children of other cultures, mostly Africa.  (Which is no doubt why, to this day, I have a burning desire to visit that continent.) As a child, I don't recall ever hearing much about Ash Wednesday, let alone participating in it.

However, in the church I currently attend, Unity (note subtle difference from the name of the denomination in which I grew up)  Ash Wednesday is a day to think about, and let go of, your limiting beliefs.  Now this is a ritual I can wrap my brain around.  What I'm talking about here are internal limiting beliefs.  You know–those pesky little devils that stop you from moving forward with your writing. 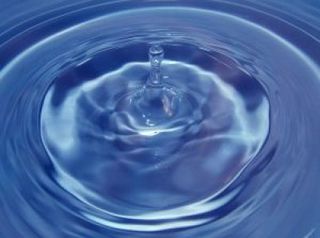 I've identified several common limiting beliefs that I encounter with students and clients over and over again.  And, in the spirit of repentance, I thought I'd first confess my own biggest problem in this area.  Here it is: I bump up against myself.  Put in other words, I rebel.  Against my self.  Which is really stupid, I know.  So, if I've scheduled a morning to work on a product I want to create, I'll end up cleaning out a closet.  Or, if I've decide the single most important thing I can do is to work on my novel, I'll work on the products.  How does this rebellion translate to a limiting belief? Ah, that's the tricky part.  But I think its like this: somewhere buried deep in my self-conscious is a limiting belief that I don't take myself seriously enough.  Thus, I don't uphold my schedule.  (If there's a psychiatrist out there who has a different view on this, please weigh in.)

But that's enough about me.  Herewith, the five most common limiting beliefs I see in my clients:

1. I don't have any thing to write about.  Of course you do.  You're alive, aren't you? When first you start to write, the getting of ideas takes a bit of massaging.  You have to work at it, even fake it a bit.  You have to generate energy by jumping in.  How to let go: Using prompts is a great way to deal with this, because they are pre-supplied starting points.  And most often, you start out writing about the prompt, and then end up writing about that incident when you were 21 that changed your life forever.  Which you'd totally forgotten about.  But are now writing about.

2. It won't get published.  Maybe it won't, at least by those lumbering old traditional publishers.  But you can still give it a try.  Because you'll never know until you try.  And thank your lucky stars you live in a time when other options abound.  How to let go: If you want to expound at length on a regular basis, you can start a blog.  If you want to write articles, you can submit them to Ezinearticles or write for Associated Content.  If you want to write a book, you can publish a digital edition or let people buy it through Lulu.  And yeah, lots of those old-timey publishers exist, too, both book and magazine.  You can still submit to them.  And who knows what will happen?

3. I can't finish it. This limiting belief comes up most often in relationship to writing a book-length project, such as a memoir or novel.  Because,  writing a whole book is quite an undertaking.  A worthy undertaking, but an undertaking nonetheless.  How to let go:  Make sure you have the right mindset in place.  Choose an idea that makes your heart beat faster, so  you'll stay interested.  And mostly, know that you can do it.  Because you can.  And will.

4. It's a waste of time.  In our success-based culture, we're all about doing.  And thus if we're doing something that isn't a means to an end, we think its a waste of time.  But creativity is important in and of itself.  Even if you're writing just for yourself, its a valuable experience, because it is meaningful to you.  How to let go: Develop familiarity with the stats that reveal just how important creativity is, not only on a personal, but a societal level.  Start by reading the information Whitney Ferre has collected on her site, or read last summer's Newsweek article.

5. I'm not good enough.  The grandmother of all limiting beliefs for writers.  I'm not good enough.  Or its various permutations:  I'll never be as good as ______.  It's already been done.  And so on and so forth, all of which are just your ego being afraid of change.  How to let go: Write.  And then write more.  Because, you get better the more you write.  And, you gain confidence the more you write.  Confidence to banish these silly limiting thoughts.

So, what limiting writing belief are you going to let go of for Lent?  Feel free to share in the comments.