I've promised to be forthcoming about every aspect of the process of getting my book published, so here goes another post on it. 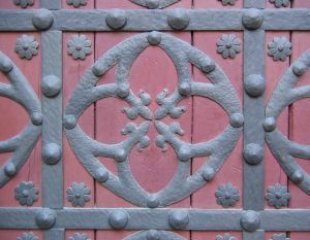 Last week I off-handedly mentioned that I was looking for an agent.  Later, was speaking with my buddy Square-Peg Karen (keep an eye out for a cool collaboration we're working on) and she asked me for clarification about the publishing process.

"Don't you usually get an agent before you get a publisher?" she asked.

Yes, indeed that is true.  At least when you are dealing with the big New York publishing houses.  Most of those folks won't even talk to you unless you have an agent.  Think of agents as the gate-keepers in an industry that is overwhelmed with authors trying to claw their way through the doors.

Twenty years or so ago, the big New York houses had their super-star authors, and then those on the mid-list, and then the ones they'd take a chance on, the books that might sell only a few copies but whose authors might eventually rise to the top.  Not so much anymore.  Due to the vagaries of the publishing world, the big houses really want a sure thing.

And they don't require agents to submit.

The press (I'm getting close to being able to reveal the name) that is publishing my book doesn't offer an advance, but instead a much higher royalty.  The big boys offer an advance but small royalties.  I kinda like this arrangement because it means my earnings are proportionate to my efforts.  Sometimes with the big boys, your book gets lost and then you're stymied.  I've seen this happen to a couple of my good friends.

But back to my agent search.  Last week I corresponded with a lovely agent whose name I'm protecting because I'm not sure he wants to be inundated with submissions.  I had written him to inquire if I needed representation.  He asked me some questions and then got back to me, explaining that I'd already done the hard part, gotten the book accepted.  He further explained that it probably wasn't going to be worth my while or the agent's while to have him negotiate a contract.  And here's a nugget: most agencies have a minimum commission of $2500, which would be on an advance of $18,000.

So I'm abandoning my search for an agent for now.  The plan is to get good sales with this book and then leverage them to get an agent for my next novel.  Unless I decide I like the independent publishing route best, which is a distinct possibility.

I'm in contact with my editor, and once I get a signed contract, I'll be naming names.  Yay!

Do you have experiences, good or bad, with agents?  The publishing world?  Please comment.

Create a successful, inspired writing life: Think about what kind of publishing experience you want.  Do you want to have the control?  Or do you want to give it up to someone else?  We're lucky to live in a time when both options are possible.

Photo by brokenarts.  Plus, Typepad's photo editor is wonky which is why the image has so much room of its own.  And by the way, its an image of a gate.  You know, gate=gatekeeper=agent.  You probably got all that without me explaining it.