…but today's topic is faith.  Call it belief if that sounds less religious or woo-woo to you.  Or call it certainty.  What I'm talking about here is the quality not of hope (as in, "I hope I get an agent") but of utter, bedrock, complete and total belief, (as in, "I know I'm getting an agent.") 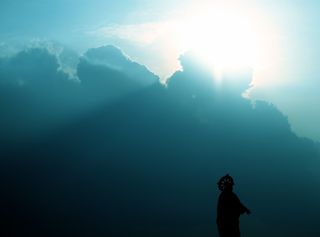 Because faith/belief/certainty is the most important thing you need to be successful in writing (or any field).  You can't waver in your faith, ever.  And sometimes you will be tempted to waver.  Sorely, sorely tempted.  Like when you get yet another rejection.  Or you miss yet another writing session due to circumstances beyond your control.  (The cat had to go to the vet! The child forgot his lunch money! The spouse's car broke down!) Or when you sit at the computer and the words won't come.

I've been thinking a lot about faith lately.  When I was a kid, I always admired people who had strong religious faith, probably because I didn't.  Well, that's not exactly correct.  I went to a church that didn't exactly encourage a strong religious faith.  We Unitarians are a very independent bunch, I will tell you right now.  But I was greatly enamored of my Aunt Betty who converted to Catholicism when she married and forever after went to mass with great regularity.  (In my childhood memory, it is daily but I have a feeling that's an exaggeration.) I also adored her because she was stylish, smoked elegantly, and insisted that a good stiff drink was called for at every occasion, even lunch.  So is it any surprise that I got a good idea about the benefits of faith? 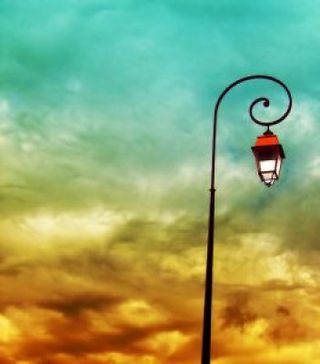 But the kind of faith I'm talking about is more than getting yourself to mass every day.  Its about living every moment knowing, beyond a shadow of a doubt, that you are the embodiment of your desires and all you have to do is uncover the fear and disbelief and crap that gets piled on top of them.  And that, my friends, is far more difficult than going to mass every day.  (Except I must confess I've never actually been to mass, me being a Unitarian and all.  Interesting side note: the creator of the Simpsons, Matt Groening, went to the same Unitarian church as I did.  Which is probably why he loves to poke fun at Unitarians on the show.)  But it is also a requirement if we're going to get anyway in this world.

I recently have had an up close and personal example of how putting faith into action equals results.  This summer, I've been dieting.  Okay, I'm pretty much always dieting, except when I'm not.  But this summer I've been doing a version of a low-carb diet.  This diet suits me well, makes me feel energetic and healthy and is easy to follow.  So, naturally, I expect the weight to fall off me.  (Because that's what the diet industry would have us believe–that if only we follow a diet, their diet, the weight will just fall off instantly.) 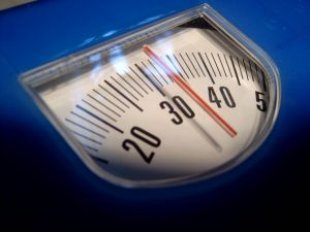 But it hasn't.  It has gently and slowly left my body.  So gently and slowly that sometimes I can't even tell it is leaving.  Many's the time I wanted just to console myself with a whole baguette and a cube of butter.  Or Coconut Bliss ice cream with caramel sauce.  Because often sometimes my ego whispers things to me.  Like, C'mon, this dumb low-carb diet is not working.  Why not just give up?  Or, Ditch this stupid diet and try another one.  But first eat everything you want, including five homemade chocolate chip cookies, before you start the next diet.  Oh, such devilish yet tempting messages.  Since I haven't lost 20 pounds overnight, clearly this diet isn't working.  So, honestly, why not just give up?

And this is when I've had to take myself firmly in hand and tell myself to just have faith.  To keep at it.  To remind myself that I always let go of weight slowly until my body figures out what it's doing.  I've told myself that so much this summer that the voices are finally quieting and the diet is just the way I eat, nothing more, nothing less.  I don't spend a lot of time worrying about it, I just do it.

Fast forward to yesterday, when I'm having lunch with my friend Sue, she who has just recently returned to live where I can see her whenever I want to, yay! We're perusing the menus at The Stepping Stone Cafe (motto: "you eat here because we let you") and sighing, I allow as how I'll choose the salad over the luscious-sounding burger and fries.  I explain that I've been doing low-carb all summer.  Sue looks at me, puts down her menu, looks at me again and says, "Oh my God.  You've lost so much weight.  I just realized it.  Wow, you really have, haven't you?"

To say I was happy would be an understatement.  To say I was pleased with myself for ordering the salad even more so.  I mean, how embarrassing would it have been if I had a fry in my mouth as she was saying this? But mostly it felt like a vindication to me for all the times I patiently told myself to have faith.  To stick with it because eventually it would work.

Sometimes writing is like dieting, because you just have to stick with it until you finish the tenth draft of the short story or the outline for the novel.  Or you have to force yourself to return to the page again and again, even when the words aren't coming.  You have to have faith–that rock-solid certainty and belief that what you are doing is worth it.  Because, you know what?  It is.

How do you maintain your faith in your writing?  Or your diet, for that matter.