Please welcome guest poster Alene Snodgrass, who talks about the fascinating process of co-authoring a book with a homeless man.  You may remember Alene from a guest post she wrote earlier this year.  Welcome back, Alene, and congratulations on the successful launch of your book! 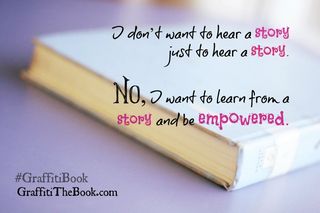 There, I said it. It takes diligence and discipline. You must create the quiet time to sit down and form those words that are stirring within your soul into something that others can understand and relate to. It takes focus.

Writing a book with a homeless man is even harder!


Once you decide to share book space with a co-author, everything changes. There are two voice styles to incorporate, two schedules to work around, two different ideas about the project, and two times the amount of coordination. Can you imagine how many more obstacles there might be if that co-author happened to be homeless?

Well, about a year ago, I met a homeless man.


As we passed, he walked up to me and began reciting poetry. It was beautiful. The tone and inflection in his voice were captivating. Come to find out these were poems he had written and memorized. I dutifully asked, “Is there any way you can write those down for me?” He did. And the rest of the story can be found in my newly released Kindle eBook Graffiti: scribbles from different sides of the street.

What transpired the months following was nothing shy of miraculous.

My homeless friend began bringing me writing after writing. Mostly poetry at first. When he found out that I am an author he started stretching his writing skills. He was shy at first thinking I was judging his grammar. I wasn’t – I was enthralled by his love for writing.

I could see that there was so much potential and story behind that worn and tattered body. I continually encouraged him and asked for more of the story. Maybe selfishly at first, because I wanted to know more of his story, but seriously the more he wrote the more I wanted.

It was interesting that the more he revealed of his life; the more I realized we had so much in common. He from his dysfunctional family, which eventually led him to the streets. And me from my blessed family, which led me to help the homeless on the streets.

As I sat and stared at his writings, I knew our story had to be told.

However, we wanted to write less of our life story and tell more of our heart story. The story of how we decided to trust each other, step out of our comfort zones, and love another who was different.

In weaving those facets of our writings together Graffiti: scribbles from both sides of the street was born.

About Alene: Alene loves to tell the story. With a heart for the broken, Alene Snodgrass speaks, writes, and blogs about her real life experiences serving people in the inner city. Alene’s blog, PositivelyAlene.com, is where many come who are seeking and searching to be challenged to find their purpose through serving others. You can connect with her on Facebook or Twitter. Graffiti reached #7 in free Kindle rankings the first day it was released. Download it here.