This is the third post in a series on scenes, and specifically, flat scenes. You can find part one of the series here, and part two, here.

What is a flat scene?  It is one in which the emotional tenor is the
same all the way through.  For instance your heroine may start out the
scene depressed and end it depressed.  Or your hero may begin the scene
happy and end it happy.  A flat scene can also be flat by virtue of the fact that there are no turning points  in it.  A turning point is when a character acts on a goal (or call it an objective, if you want) and is either successful or unsuccessful.  Since you want to create as much conflict as possible for your characters, odds are good that you will be torturing them by making them unsuccessful.  Then they have to try another way to achieve their goal.  Or if they are successful at achieving their goal, that goal creates other, unforeseen problems.

A scene turns when it ends at a different place than it began, and I don't mean just physically.  If your character begins the scene unhappy, creates a goal to change that unhappiness and achieves the goal, she might end the scene happy.  And thus the scene has turned.  There has been rising action, from sadness to achieving the goal, and then happiness.

Or if your character begins the scene unhappy, works on a goal that fails, she might end the scene devastating, destroyed, completely ruined.  The scene has turned.  That would be a case of falling action.  Now she must pick herself up and figure out what to do next.

How to avoid this?  The easiest way (and I say that facetiously, because there is no easy in writing) is to start each scene with a goal.  This can be as simple as creating a desire for a character.  Then put obstacles in the way to achieving it.  This is exactly what we do when designing a plot, and if you do it for each scene, you'll have a strong structure for your novel (and by the way, all this talk of scene applies to creative non-fiction, also).  If you suspect your scene is flat, ask yourself what your character's goal is for the scene and see if that doesn't give you a spine to hang the action on.

Bear in mind that each scene is like a mini-story, a hologram of the big picture, if you will.  Don't go off creating scenes willy-nilly just for the sheer joy of it.  Your beautifully crafted scenes must relate to the plot.

Remember, death to all flat scenes.  Make them rise, make them fall, make them turn and twirl and dance.  Your novel will thank you for it. 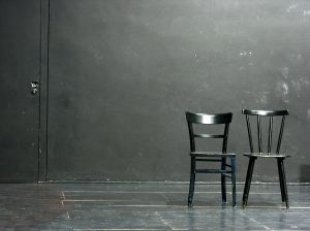