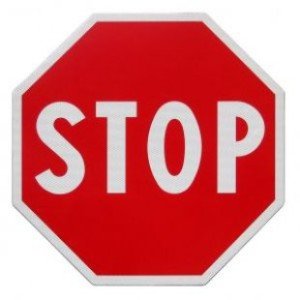 So, I’m four scenes away from finishing the most terrible Shitty First Draft ever, in the history of man, written.  I started this novel on a sunny afternoon in Collioure last September when I got a sudden inspiration.  I’ve been working steadily on it since then, taking pretty much the whole months of December and February off to deal with more pressing tasks.

The big news about this draft is that it is so bad I nearly abandoned it. I even wrote a blog post about it.  I felt I’d made so many changes in the book that it wasn’t worth it to continue, that I should just start over.

But then I started thinking. As one does.

And I remembered various bits of advice and quotes I’d read.  Like these:

“Finish your novel, because you learn more that way than any other.” James Scott Bell

“Whatever it takes to finish things, finish.  You will learn more from a glorious failure than you ever will from something you never finished.” Neil Gaiman

And then there are Robert Heinlein’s Rules for Writing, the first two of which are apropos to our topic here:

I felt bad about the prospect of abandoning my poor crappy baby. A baby born in France, no less.  So once I finished the rewrite on my macaron novel, I heaved a heavy, tortured sigh and went back to the horrible WIP, telling myself to just hit the high spots and get something, anything, on the page.

And that’s what I’ve been doing every morning.  I got the idea for this post a couple of days ago.  Back when I was actually enjoying working on the novel for a brief, lovely period.  That was short-lived. This morning I gritted my teeth as I typed every word. (The fact that I had to do a blood draw and COULD NOT HAVE COFFEE until after it may have had some influence.)

But, I will say this.  As the above quotes say, I am learning a lot from busting through to the end.  Ruby, my main character, is finally starting to have a bit of a voice, and I understand her a lot better. Other characters are coming into sharper focus as are overall themes.

Despite the awful writing session this morning, I’m feeling pretty cheerful about it all. Because this afternoon, as penance for not writing a full 2K words, or anything even close to it, I sat down with legal pad and pen to see if I could figure out how much farther I had to go.  And that’s when I realized I had only four more scenes.

I can do this.

And I will be a better person for it. More to the point, my writing will be better as well.

There will be wine at the end. Lots of it. Just saying.

Okay, so dish: have you ever abandoned a project?