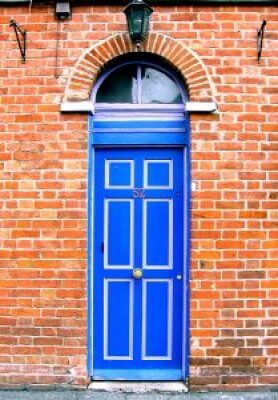 You're sitting at your desk, staring at your computer.  Maybe the chapter of your current project is up on the screen.   Perhaps you don't have the freaking slightest of clues what to write next.

Your brain is empty.  It's like there's a brick wall between it and what comes next.  You simply can't figure it out.  Your writing is stalled.  We won't go so far as to call it blocked, as in writer's block, because that term is big and scary and implies people burying their heads and not writing for years.

But, you are stuck.

And you don't know how to get yourself unstuck.

Because, over my many years of writing, I have figured out a thing or two about getting stuck. Namely, that there's always a reason.

So all  you have to do is figure out the reason, and voila, you will be writing again!

I know.  It's not always that easy.  What follows are some suggestions for discerning why your writing progress is stalled.

1.  Look at location.   This is the first thing to check.  Is the scene set in the right place? Sometimes moving a scene makes all the difference and it is an easy, quick fix, which is why I say to look at it first. Can you move the scene outside and make it more active? Does it need to be in the bedroom rather than the kitchen, or vice-versa?  You'd be surprised at how much insight looking at setting can bring when you're stalled.

2.  Is the scene necessary?  This week, I was working with a client who'd gotten stalled.  We looked at the beginning of her next chapter with an eye toward moving the location (see #1) and realized that there was no reason for the scene.  Everything that came out in the first part could be fed in later in flashbacky dribs and drabs or through dialogue.  Sometimes you are blocked because you're trying to make something work that simply doesn't need to be there.

3.  Do you know everything you need to know about the plot?  I got stalled on my WIP novel at the start of the summer.  I'm a believer in having lots of irons in the fire, so I moved over to working on some shorter pieces and continued to ponder.  And as I pondered, things started popping.  A new character introduced herself, as did a crucial plot element in the form of a rolling pin.  (It makes sense in context, truly.)  My main character confided a deeply-held desire that changed everything. And I realized I had needed to take a break in order for this information to come through.  I likely wouldn't have thought of any of it without the mental bandwidth stopping working on it gave me. This might be the case with you, as well.

4.  What about your characters?  I write somewhat on a "need to know" basis.  I'm a big believer in planning, but I abhor over-planning.  So I start out writing character dossiers, figuring out what I need to know about my characters to get rolling.  And then, as I write, I'll realize I'm in a place where I need to learn more about a character and I go back to my dossier or character backstory and fill more in.  So maybe you need to get to know your people better if you're stuck.   Use prompts and freewriting to uncover their secrets.

5.  Do you need to do more research?  Maybe you don't know enough about something important to the novel.  Do you need to study rocket science? Practice tying five different kinds of knots? Learn more about the genre you're writing in?  Find out what kind of grass grows in Louisiana? The smallest of things can trip up a writing session.  Learn what you need to know and it will enhance the novel.

A couple bonus pieces of advice:

6.  Trust the story.  You're stalled for a reason, and the story knows what.  It's also trying to tell you, if you'll but listen.  Look at all the elements and see which one wants changing.  Trust your story. Which leads me to the reminder that:

7.  What you resist, persists.  So if your writing stalls, be Zen.  Go with the flow.  Move over to working on something else.  Let thoughts percolate.  Sometimes you just can't rush the creative process.

What's your favorite way to get unstuck?