Last night, one of the members of my writing group got married. 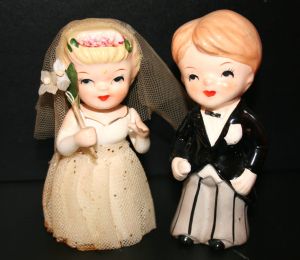 All but one of the current members of the group were there, and a couple former members turned up as well.

Talk turned, as it will amongst such groups, to rejection.  Soon we were attempting to outdo each other with how many rejections we'd each received.

Lest you think we're all just bad writers, consider this:

Rejection.  It is part of the writer's life.  To become a successful, published writer, you have to steel yourself againt rejection.  You have to learn to live with it.  And you need to be able to bounce back from it and submit again, as the numbers above testify.  Too many writers stop after getting two or three rejections.

Here are some posts I've written about rejection:

A 5-Step Process to Deal With Rejection

Getting Your Work Out in the World: The Mindset

Getting Your Work Out in the World: The Mechanics

That ought to keep you reading for awhile.  While you're at it,

Please, please, comment.  Care to admit how many times you've been rejected?  How do you handle it?

*Names have been omitted to protect the rejectees.