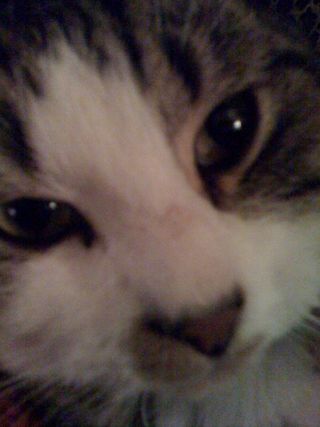 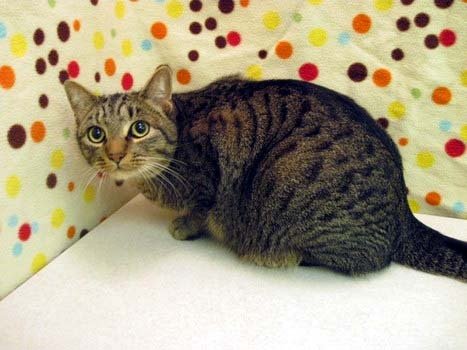 I have two new writing companions: Captain (above) and Lieutenant.  Yesterday I was seized by the notion that I absolutely, positively had to get me a cat for Christmas.  After delicately breaking the news to some family members who were, um, shall we say, a bit resistant (a glass of wine helped)we headed out to the Oregon Humane Society first thing this morning.

We walked into a mob scene, a line at the info desk and all kinds of people sitting and standing in the lobby, waiting, I later found out, for their adoption counseling sessions.

My daughter and I had well and thoroughly scoped out the online listings from the Humane Society and had fallen in love with these two bruisers, brothers who had been brought in together, a "bonded pair."  I, however, was willing to be open-minded, on the off chance we didn't like these guys in person, or that another cat captured our attention first.  But when I told the volunteer which cats we were interested in and she said, "Wonderful!" I knew I was a goner.  And I was.  We sat in a little meeting room and waited for the brothers to be brought out to us.

Let me just say, these meet-ups are every bit as awkward between cats and humans as they are between people, but still and all we could tell that they were great cats.  Handsome, big, strapping boys who are 1 year, 7 months old, in great health and well cared for in their previous home.  After we said we wanted to adopt them both, there was such a crowd there that we waited for an hour for our exit counseling.  Conveniently, there's a retail store there, so that one can stock up on supplies while waiting.

I tell ya, I've already had my Christmas.  It was so wonderful to be at the Humane Society and see so many happy, excited people taking home dogs and cats.  I was so excited to be getting pets again that I was nearly in tears.  This house has been without pets for too long, ever since the beloved pug died in August.

The cats' true personalities surfaced on the way home, with Captain so desperate to get out of his cardboard cat carrier that he headbutted a hole in its side.  He has since declared himself King of the house, lolling about on the couch, rolling back and forth on the floor, sitting on laps, imperiously staring at all who enter.  Lieutenant, however, is in hiding.  First we found him in the closet, then beneath a chair in my office.  I hear this is much more common behavior for the first days at home.