As of yesterday, my son-in-law, he who has been deployed in Kuwait and Iraq all year, is back in America.  Home.  Not home home yet, as the army has all kinds of things they do to returning soldiers at Fort Hood.  But back in the United States.

Everyone is breathing easier and sleeping better. 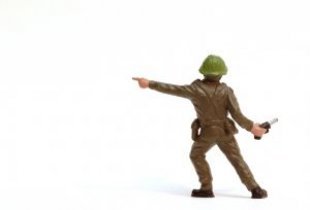 It's not like my son-in-law is a gung-ho soldier type.  No, he was one of many who signed up after September 11th, served his four years, and expected never to hear from the army again.  Until they called him back up, completely out of the blue, last January.

And we're the complete opposite of an army family.  Born and raised Unitarian, liberal, peace-loving, we've never even really known people in the army.  Until now.  And suddenly this puts a whole new spin on things.  I'm not a fan of the war in Iraq, but I am a passionate fan of the soldiers who are serving there.  Now, when I walk through an airport and see a soldier, I smile and sometimes I say, "Thank you for serving us."  I would have thought that was so corny a year-and-a-half ago.

The great thing about being a writer is that every experience, bad or good, has meaning.  This experience has taught me to walk a mile in another's shoes.  Well, not exactly, because I've not experienced the rigors of war.  But to be suddenly pushed into looking at certain things in a different way does wonders for one's world view.

My daughter has borne the brunt of this, of course.  And watching her deal with her new husband's absence for a year, here's what I've learned:

Shit Happens.  Usually there's no why.  Bad things generally aren't traceable back to anything you did.  (Except for obvious things like the person who gets lung cancer from smoking a pack a day.) So there's really nothing to be gained by wringing your hands and asking, "why?" because there is no answer.   You'll be better served to ask "how?" as in, "how am I going to get through this?"

Connection Matters.  Everyone in my daughter's circle of family and friends has grown accustomed to her carrying her phone around with her every second, waiting for a call, which could sometimes come at odd times.  We've become used to her excusing herself at dinner or in the middle of a shopping trip when he calls.  No matter what she's doing, she drops everything and talks to him.  And that is precisely why they've managed to remain so close throughout this year.  Connection matters, whether it is connecting with other people, God (see below), or other writers.

Prayer Helps.  I've never been religious (I was raised Unitarian, after all) but I do consider myself to be very spiritual.  I don't know if prayer really influences events–though I like to think it does–but I don know that it is a comfort, and we need to take our comfort wherever we can find it.

What about you? Have you experienced any big life events that have taught you important lessons?  Comment away.