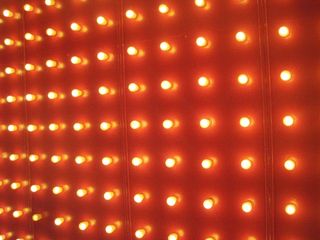 In my last post, I revealed the sorry state of my latest reading.  I've not read nearly as many novels as usual recently.  But one thing I have been doing is going to the movies.

If there's one thing I love to do on the weekends, it is to go to the movies.  I love, love, love it.  Love deciding what to see, buying popcorn and water (it used to be Diet Coke, but I've repented), entering the darkened theater and watching the ads that precede the film.  I love the trailers, and, oh yeah, the movie itself.  I love when the credits roll and you can sit and figure out who all the actors were that you recognized but couldn't quite put a name to.  And I love talking about the flick afterwards.

But we don't go to movies often.  There's always so much to do on the weekends–work around the house and the yard, for starters.  And nearly every weekend we have some kind of family dinner, which requires grocery shopping and cooking.

However, lately, we've been going to films on the weekend, mostly at small, restored theaters in town like the Academy and the Roseway.   We've seen movies old and new, because my movie taste is as eclectic as my reading taste.  And I feel like I've been inhaling story in all its aspects.

This is why its good for writers to go to the movies (or watch them at home, but that's not as much fun).  Because you will learn SO much about how to put a story together while you watch.  When I want to read about structure in the novel, I usually choose a screenwriting book, because these guys have it going on when it comes to structure.  Watching a movie helps me absorb and internalize it. When I read novels these days, I no longer read as a civilian.  I read as a writer, noticing everything the writer did as she wrote–how she plotted, and characterized and used dialogue and setting.  But because I don't actually write movies, I can watch them and just take it all in without stopping to think about every detail.  And as I launch into writing the next novel and trying to figure out what happens and how it all goes together, I'm finding that my movie watching habit is standing me in good stead.

(And I also highly recommend this book, which I wrote about in my last post.)

The Second Best Exotic Marigold Hotel.  J'adore.  Ditto for the first one.  Its a great series.  Funnily and predictably enough, the theater was full of old people.  I read that this movie hit #1 in the U.K. the weekend it was released, shocking the experts.  Because, yeah, there really is a movie-going audience beyond teenage boys.

The Graduate.  The Academy Theater is showing a bunch of old movies this summer, and we couldn't resist going to see The Graduate.  Dustin Hoffman looks about 10 in the opening sequence, but he was 30.  And Anne Bancroft, the "older woman" he has an affair with? She was 36.  I kept thinking what a great job they were doing with the period details–and then I remembered.  It was the period!

Big Eyes.  We watched this one at home, on demand which isn't nearly as much fun as going to the theater, but I enjoyed it nonetheless.  It's the story of how Walter Keane took credit for all those awful popular big eyed paintings in the 70s, when his wife was actually painting them.   What I loved was a bit at the end (not giving anything away) that said Margaret Keane, at age 88, still paints every day.

Mad Max Fury Road.  You guys, this is a feminist movie.  I adored it! Some of the heroines are kick-ass old ladies.  So freaking cool.  As I watched it, I marveled at how they ever shot this thing.  Really fun and worth a couple hours of your time.

And, because this is a post about movies, I thought we ought to at least have a trailer.  But before you get distracted, what movies have you seen recently?