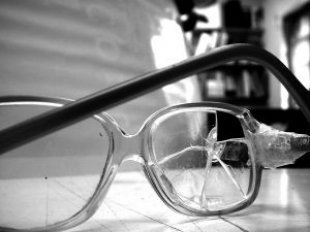 Rejection.  It is a fact of the writer’s life.

For some writers, the thought of rejection is so paralyzing that they simply won’t send work out to begin with.  This fear or rejection is, um, counter-productive to say the least.  Because you know the old saying: nothing ventured, nothing gained.

To help you with this fear, I could tell you all the rejection—>triumph stories.  You’ve heard the one about John Grisham, who sent his first book out __ (the number varies according to the telling) before someone saw the brilliance of it.  And we know what happened to him: gazillions of dollars later, he’s a happy man (or at least I damned well hope he is).

I’ve also often told the story of one of my MFA mentors who sent one short story out 34 times.  It got rejected 34 times.  On the 35th time, she got it accepted–and that story went on to win a Pushcart prize.

Or there’s my own story, about my first novel, Emma Jean’s Bad Behavior.  I sent queries to 60 agents.  Yep, 60.  Its worth noting that I was getting encouraging rejections (we love this novel, but…).  The 61st time I sent it to a publisher.  And they picked it up.

So, rah rah rah and all that.  I do know from personal experience that stories such as these can lift me up in the moment until its time to actually send stuff out again.  And then … the voice of doom in my head begins.

But here’s help.  Because I’ve recently realized we deal with our fear of rejection from the wrong end of the equation.   We deal with it when it happens, when the it has the power to lay us out flat on the couch sobbing for days.  A huge part of the reason we get so discouraged over rejection is because we have such high hopes for our work.  We are convinced that we will send the story out once, and sure enough, it will get picked up.  We’ll contact an agent and she’ll snap us before the book is even written.   We send off the query, and every time we think about the results of it–publication, fame, accolades–we get a warm, glowy feeling inside.

Okay, so I’m here to tell you: the easiest way to deal with rejection is to get rid of your expectations in the first place.  Instead of thinking about publication and how glorious it will be, let your work be the reward.  When you know its time to send your piece out–and you will know if you’re honest with yourself–do your research and ship it out the door.  And then quit thinking about it and move on.

Cultivate an attitude of non-expectation.  Be Buddhist. Be Zen. Do not be attached to the outcome, period.  And get to work on your next project.

Let your work be your reward.

Then, when the rejection comes, it is far, far easier to shrug your shoulders and say to yourself, I guess it just wasn’t right for them, and move on.  And by moving on I mean, send it out again.  Because you haven’t put the weight of the world on your poor little query, it will be much happier to go out into the world and try once more.

Right?  So go send something out.  Right now.  I’m serious.  Do it.  And report back when you’re done.