Update, Winner Announced:  The winner of Tam's book is…..Alexia Stevens!  Alexia, I will give your name to Tam and she will make arrangements to get you the book!

It is my privilege to introduce you to my wonderful cyber-friend Tam Holland!  She and I met on Twitter over a conversation about raisins.  Yes, raisins.  Rumor had it that eating raisins before bed prevented trips to the bathroom.  Anyway, we've been buds ever since we debated that notion (I still claim it works).  And once we discovered we each had a granddaughter about the same age, our friendship was sealed.  And here's the exciting part–she has a new book out!  It is historical fiction of the sort you've likely never read before and is already getting rave reviews. And…..drum roll….we have us a giveaway!  Tam has agreed to give a copy of the Ebook to one lucky reader.   So read her brilliant thoughts on Twitter and I'll give you details of the giveaway at the end. 6 Reasons Writers Need Twitter 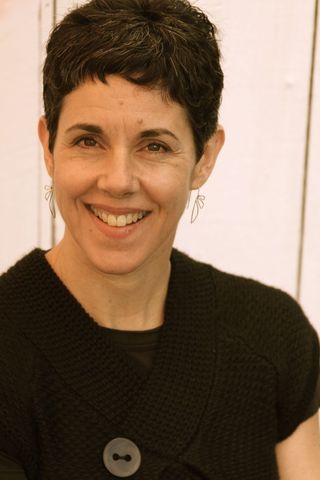 I got on Twitter in 2011. Reluctantly.  Up til then, I'd been looking cynically, judgmentally, unfavorably upon all of social media.

Because Twitter rocks for writers.  Here are six big ways it does.

1.  Immediate support, instead of delayed rejection.

This is the thing that grabbed me first and hooked me instantly. Twitter is responsive, immediate, interactive.  How much better does that feel to writers than what we've done traditionally: toiled away alone on a piece, sent it somewhere to see if someone liked it enough to publish  it, waited forever to hear back . . . and then usually heard, "Sorry."

On Twitter, when you follow and are followed by cool and supportive people, you will get immediate responses to the 140-character missives and questions that you send out. This feels wonderful. It feels like someone is listening. Like someone cares. Which can make all the motivational difference in the world to a writer.

I believe whole-heartedly that when you tweet authentically (as in, not just canned/automated tweets about your book-for-sale, and not in some "branded" form that does not really express who you are and what you're actually dealing with), you end up communicating on Twitter with wonderful, like-minded folks who become your tribemates. The people who say, "It's okay, I've been there, too," about the hard parts. Who say, "Want to meet for coffee?!?!?!" when they read you've just tweeted about landing in their city.  (This has even happened to me at the Copenhagen airport during a lay-over on a flight from New York to Rome!) Who say, "I would LOVE to review an advance copy of your book, if you'd be willing to send me one." Who, like Charlotte, say, "I'd like to feature you on my blog." Folks with whom you become fast friends and meet in real life when you can. Folks who  know you for how you tweet about your life, and like you for it.  And you, them.

Twitter was made for writers. Tweets are 140-character bits of writing.  Over and over and over again. You can do all kinds of things with them. The possibilities are endless. Communicate with your friends in little "walkie-talkie" tweets back and forth. Or blast out your take on how things are going in any particular situation. Dream out loud. Send people inspiring messages.  Chronicle something cool or interesting or frustrating.  Participate in any number of "microfiction" groups — like when I play along on Fridays with "Friday Phrases," using the #fp hashtag.

It's on Twitter where I've bonded with several fellow authors who publish serialized fiction at the very cool jukepop.com. (Check it out . . . vetted fiction of many different genres, which readers access for free and support with their votes.) JukePop itself has a strong, author-supporting Twitter presence, which is still relatively rare in the Old World publishing houses. Even better, many JukePop authors are also big tweeters, and support each other . . . offering words of encouragement, passing along news about your writing in their own tweets, and becoming "behind the scenes" friends who do even nicer things like reviewing and writing blurbs for your books and pulling for each other in life-outside-the-fiction activities. 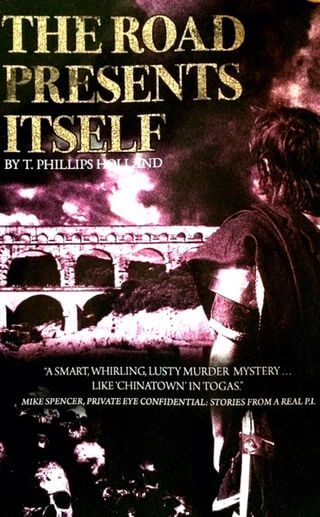 For the three years before I began drafting  The Road Presents Itself, I read about life in ancient Rome. Visual snippets of scenes would pop into my brain. I had a sense of many of the characters, and a bit of the plot.

But I had absolutely no idea about how the story was going to tell itself.

On the plane to the writing workshop where I was going to do drafting, I got the sense it was going to be the protagonist talking. He did. When Tiberius started talking through me as I wrote, he talked like a 21st century guy. And in the present tense. And often in sentence fragments. In a story that ripped along.

Because I think that two years of reading and tweeting tens of thousands of tweets changed the way my brain's neural pathways  hear, process, and expect narrative.

I no longer care for, or even "trust," most third-person narratives.  I just don't.  Because so much of my writing and reading is social media-based — where we read and write in the "I" — my brain now resonates to "I," instead of to the removed "he" or "she" or "they" in older narratives. Now when I read most third-person fiction, I feel an impatience.  (There are exceptions, of course.)  But usually, I feel irritated that I don't know the imaginary person, the omniscient third, who's telling the story. We don't know THEIR backstory, their predilections, etc.  They are god-like. Removed. They make choices about  how the story goes, without us having access to knowing why. Which at this point in my life and writing career seems to bug the heck out of me. I'm looking for more transparency.  When a first-person narrator is telling you the story, you are also knowing them through what they are doing themselves in the tale. This is what feels comfortable and right in narration to me now.

I no longer want to put up with being explained in too much detail what happened. That's right — happened. As in, in the past. Already occurred. Which is what past-tense is. And, unfortunately, most fiction (especially historical) has too much detail for my mystery-based, thriller-based brain. What I want is characters I love, and a story that moves. That's it. The very fact that something's told in the past tense builds in a distance, a layer of removed-ness, that makes it feel far away . . . which makes me feel like I'm missing something. It's not happening now.  It already happened. And inside, my brain asks, "SO?"

In short, writing in first-person present tense is the way fiction feels right to me now. It never would have, before. And that is because of Twitter.

"Tradition" is in quotes here because selling your fiction via social media is still, of course, very new compared to the Old World models of publishing and publicizing.  Still and all, there are already experts and ("experts") who will be happy to tell you the "ways you must" (read: traditionally) market your fiction on Twitter.  With certain hashtags. Through certain groups. At certain times. With certain kinds of tweets. Etc. But because I am more of a "make up your own rules" writing and marketing gal, I'll  leave  that to them, and to you to find in ways that help you best.

Tamara Holland is a writer, mixed-media collage artist, bartender and former post-conviction death penalty attorney. Her previously-published books include two non-fiction books about the art business, and a children’s book. For the past six years, her art company Bean Up The Nose Art has been where she’s played and marketed six greeting card lines as her own distributor and with national licensing deals. She tweets almost non-stop as @tamholland, and posts on Instagram as @tamholland123 and @tiberiusroad. She's the happy mother of two now-grown-up married people, and grandma of Zoe Rose.

And now, for the giveaway.  All you have to do is leave a comment, answering the following: what's your favorite social media site?  Add a few words about why if you like.  We'll give you until next Monday, December 8th, to enter.  I'll draw a name that day and let Tam know the winner!