where writers get ideas 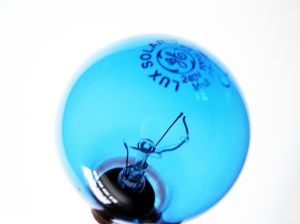 On Wednesday, I gave a presentation at a local retirement center.  I talked about how and where writers get ideas, and interspersed readings from Emma Jean's Bad Behavior.  Afterwards, I got to sell books. It was a lot of fun!  Anne, the organizer (an amazing dynamo of a woman) told me that the room could take up to 50 people, and every chair was full, with more folks in the back, so it was a crowded house. You guys, they were the warmest, most welcoming group ever.  I met wonderful people like Carolyn, who researched me and started writing in her journal after reading my blog (Hi, Carolyn!) and shocked me when she revealed her age.  I adored her, and honestly, I loved them all. Absolutely wonderful! Plus, I got paid.  (Thank you, Watermark Retirement Communities for being willing to support local writers.)

And, I thought the talk came out pretty well.  So I decided to reproduce it here in slightly edited form (minus the interspersed readings, for one thing).  I based my talk on the questions I get asked most often as a writer.

The Two Most Common Questions

When people find out I'm a writer, they generally ask one of two things, (besides "Have I heard of you?"):

1. Where do you get your ideas?

2. How much of your novel is true/based on your own life?

And the answers to both, are:

Everywhere and all of it.

But neither of these answers tells the whole story.

So let me explain.

Emma Jean's Bad Behavior, features a 48-year-old bestselling novelist, happily married and proudly childless, who goes to L.A. on a book tour, has a mad, passionate affair with a younger man, gets pregnant and watches her entire world fall apart.

Now, I don't hate babies, I adore them and have two grandbabies of my own.  I never got pregnant at age 48, though I do have two children (I bore them in my 20s).   I've never had a passionate affair with a younger man, never been on a book tour, and despite my best efforts, I don't happen to be a bestselling author—yet.  But still, Emma Jean could not exist without my life experiences and proclivities.   Emma Jean and I are not exactly alike, but we share a lot of similarities.

So I think its fair to say that ideas are a combination of the writer's life experience and, most important, her imagination.  But for me, and I think this is true of many others, my imagination is sparked by something that happens to me in my life and from there I form a story.

Ideas are everywhere, all around us all the time, and if you ask most writers where they get ideas they will say just that—"everywhere."  Which is true, though isn't really a very helpful explanation.  So I sat down and pondered and came up with a list of 7 different ways that I get ideas.

For me, all stories start with characters, and I get ideas for my characters from real life people.  Emma Jean, for instance, is loosely based on one of my professors in graduate school.  This woman is quite a well-known writer and so I dare not reveal her name—but she shares Emma Jean's brash, self-centered ways, and also her love of wine.  Oh, does she share her love of wine.

But it's not as if I lifted this real-life person's personality wholesale and assigned it to Emma Jean.  No, I took bits and pieces of it, her essence, if you will.

And I often think that Emma Jean is me on steroids. Emma Jean says the things I think, but she is always more clever than I am by far, and also, alas, quite snarky.  So, as I mentioned, though we share many traits, Emma Jean is not me.  I'm far nicer than she is, for one thing.  Or at least I hope so!

The next area I get inspiration from is place.  I am greatly influenced and inspired by places around the world.  Emma Jean takes place in Portland, L.A., and Sun Valley, Idaho.  I live in and love Portland, so that's obvious.  And I visit L.A. a lot as I have friends there.  I have a love-hate relationship with the place, as does Emma Jean in the book.  And, at the time I wrote the novel, my daughter was living in Sun Valley, Idaho, working at an art gallery-which also found its way into the story.

It's funny, though, a place has to grab me in some way in order to make it into a book.  I've been to lots of cities across the country, for instance, and none of them have made it to my stories.  And I've tried a million different times to set a story in Ashland, Oregon, a town I love, but I can't ever make it work.  I'm not sure why that is.  One of those weird writer's quirks.

Which brings us to….travel.   Seeing new places and new cultures has a huge impact on my ideas.  The novel I'm currently working on is set in a Portland macaron bakery.  (Yes, macaron—the French cookies, not the sickly sweet American macaroon made with coconut.)  The inspiration for it came two summers ago, when I was in France.  My biz partner, Debbie and I, teach writing workshops in France every summer and it was during one of these that a student introduced me to the macaron.  Later that week, I visited a famous macaron bakery in Paris.

Now, I didn't look at the macarons and automatically think, I should write a novel about them, but about a month later I was at home in the shower when the idea for the novel hit me.  (And I hasten to add that I'm not writing about macarons so much as a character who bakes them.)  So travel has a big impact on my writing and stories.

This doesn't happen often, but once in awhile I have such a vivid dream that it turns into a story.  One of the first short stories I ever wrote happened this way.  We were at the beach on a family vacation and I dreamed of a long-ago boyfriend who had been a bit of a roustabout and a cad.  I woke up and wrote a story about a woman who'd had a similar boyfriend and then run into him years later and how different he was from who she thought he would become.

But I think most often dreams influence my stories through imagery and vague ideas that are stored in my subconscious, things I'm not fully aware of that surprise me when I write.  More on this in a bit.

The first writing class I ever took was from a writer named Craig Lesley, who I think is one of the best Northwest authors and sadly underrated and not known nationally.  Craig started out his classes by having students write a story based on work details, his contention being that many of us have had jobs about which we know a ton—but others know very little.  I wrote a story about two people working in a printing plant because when I was younger my Dad owned one and I basically grew up in it.

You might also remember the novels of Arthur Hailey, who wrote books like Hotel and Airport—all of which were based on our fascination with the work details of other people's lives.

I am a woman of great passions, some of them passing, but many of them show up in my fiction.  In Emma Jean, for instance, her husband is a winemaker, and I am a great lover of wine.  I'm writing a mystery series set in a yarn shop—because I'm an avid knitter.  The occasional Pug shows up in my work as well, because they are my favorite pet.  And it helps to know something about what you write starting out.

This is the most mysterious thing that happens: sometimes things just show up in your writing and you have no idea where they came from.  An example of this is the character Ava in my novel.   She just walked on one day and made herself known.  A similar thing happened with the novel I'm currently working on—a character named Daisie, also a young girl, appeared, sitting in the back room of the bakery, being wordly wise far beyond her years.  She's my favorite character in the new novel, as was Ava in the old one.

8.  Technique for Producing and Idea

Finally, I want to share with you a sure-fire system for getting ideas that I learned many years ago.  It came from a little book called Technique for Producing Ideas that was written by a Madison Avenue Adman.  (News flash: the book was written by James Webb Young and it is still available.) He needed to produce a lot of creative ideas on demand as an adman, and came up with this system, which I've used in a variety of ways.  Basically, its this:

–You think and take notes and write about the problem/thing you need an idea for.

–You research every aspect of it.

–Do both of the above until your brain is so full up of information you think it might burst.

–And then walk away.  He recommended to go golfing.  I say go for a walk, or do some dishes, or cook, or knit.  Or something.

–When you least expect it, an idea will pop up!  Why? Because you've given your subconscious plenty of material and then let it do its thing, which is to compost and digest said material into a new form.

And let me just give you an example of this.  I've been thinking about this talk for quite awhile.  I came up with the idea to talk to you about ideas about a month ago, but for a long time, the shape of the talk didn't come to me.  So I looked through notes I'd used for other classes and talks, and I did some research on the internet about what other writers said.  And then, sure enough, Sunday morning I was in the shower when the entire outline for this talk downloaded itself to my brain.  So utilizing the subconscious really does work.

A couple of suggestions for working with ideas, whether you want to write or need them for other areas of your life:

1.  Write them down!  Always!  You think you will remember them but you likely won't.

2.  If you get stuck, get up.  Time and time again I've hit a roadblock and decided to get up for food or drink—only to have an idea two steps away from the computer that sends me running back to my desk.

3.  Showering, walking, and repetitive motion activities like knitting, weeding, and vacuuming are great for producing ideas.  They let your mind roam free.

4.  Fill the well.  Read a lot, listen to music, go on a field trip, get outside.  Do things that will fill your brain with images and ideas.

6.  Stay open.  The idea that looks craziest may just be the one that ends up working.

Okay, so that's it.  If you live in Portland, especially east Portland, check out the reading series at Watermark.  It is open to the public, though space is limited so you need to get on Anne's mailing list. Email me and I'll hook you up.

And, do tell–where and how do you get ideas?