(I've been working on this post for a few days.  I planned to publish it yesterday and then things happened.  Like having my granddaughter here.  And getting a tattoo!  Yes, you can tell me how brave I am!  It is wonderful!  I will post a photo when it is all healed.  But, anyway, here's the post at long last.)

I have discovered the secret to enduring long, overseas flights, and no its not paying for business class, though that would likely be the ultimate answer.

It is to watch movies. 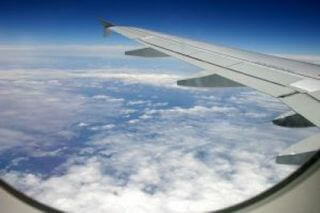 On my recent flight home from Paris, I watched three, count 'em, three, movies.  I usually prefer to read on flights, so I couldn't believe how this made the time pass quickly.  The movies I watched were: The Other Woman (so-so but funny), Chef (wonderful–my favorite), and, for some odd reason, Maleficent.

One of the things I noticed watching Maleficent is how concise the scenes were–they used the smallest bits of time possible in order to move the story forward, sometimes showing an important bit in a line or two of dialogue. (I was interested to read an interview with the director, Robert Stromberg, who said of the writing, ""I met many times with Linda Woolverton, the writer. We did lots of roundtable discussions and sort of cut out the fat as much as we could and sort of purified the storyline as much as we could …")

And this made me think about scenes.   They are the building blocks of fiction writing, the discreet units that comprise a plot.  You've heard the advice to "show, don't tell," five million times by now–and writing in scene is one surefire way to do that.

Just because I have to be thorough, here's the Google's definition of scene, though I know you know it:

We are, of course, talking today about the second definition.

One of the problems I see most often in my travels through student and client manuscripts are issues with scenes.  Often they go on way too long.  Sometimes they seem rather flat–nothing much happens in them.  And sometimes, though not as often, authors write scenes when a quick bit of exposition would do better.

So here are some of my tips for writing scenes:

1. Make them work as hard as possible.   A scene needs to accomplish at least one thing–show character, move the plot forward, or reveal crucial information, but if it can do more than one thing at a time, that's even better.

2.  Start late, exit early.  Sometimes I read (and write) a scene that goes on and on, when all it really needs to do is get in and get out. It can help to start as late as possible in the scene.  Don't show us your main character driving to work and then getting fired, start the scene in her boss's office.   This is one way the creators of Maleficent were able to use such concise scenes.

3. Have something happening in the background.  A hazard of scene writing is the talking heads scenario.  You have something to tell the reader, and wisely, you choose to do it in dialogue. But your characters just sit there and talk.  Alas, this gets a bit boring to the reader.  A simple way to avoid it is to have something going on at the same time.  In the movie Chef, the main character is constantly chopping or preparing food, or doing something.  It's a wonderful way to keep things interesting.

5.  Start and end in different places emotionally.  You may hear someone say a scene is flat. This is often when the characters start and finish the scene in the same emotional space.  They start sad and end sad, for instance.  Or vice versa.  It's much better to either move the character to a higher space emotionally or a lower space.

Bonus tip: Slow is fast and fast is slow.   This is a little saying I picked up somewhere along the way and I find it quite helpful.  I've mentioned it before, but it bears repeating.  If something would go slowly in real life, it can be dispatched with a line or two in prose.  For instance, a lazy picnic at the park.  If something would happen fast, write it slowly.  For instance, the propane tank on the grill at the lazy picnic blows up.

Okay, that's it, that's all I got for now.  Do you struggle with writing dynamic scenes?  How do you approach scene writing?