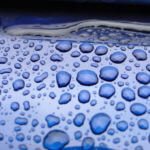 What I’m Complaining About: The weather. Again. I’m sorry. It has been a really long winter here. My husband looked at the weather app on his phone this morning and said the forecast was for a clear day on April 9th. Sigh.

What I’m Watching: In the category of We’re Old and Clueless About Technology, we finally got our Amazon Fire stick working with the TV (thank you daughter-in-law, who fixed it in, oh, two seconds).  And wow, are there are a lot of great things being produced by Amazon.  We’ve watched three of four of Z: The Beginning of Everything, about Zelda Fitzgerald.  It stars Christina Ricci as Zelda, and if you thought of her mostly from The Addams Family, you’re in for a surprise, as I was.

What I’m Reading: Finishing up the Rachael Herron book from last week. I’ve been out several nights this week and haven’t had a lot of time to read. Also, I have this bad habit of reading magazines at lunchtime.   But I’m now reading as fast as I can because a crop of great books just came in for me at the library: the first Maisie Dobbs novel, The Underground Railroad, and Scratch, which is an anthology about writers and money. Speaking of which, I see library fines in my future because none of these are renewable. I consider my library fines my contribute to their existence. We have one of the best and busiest library systems in the country here, and I use it lavishly.

What I’m Doing This Weekend: Working on taxes.  It is going to rain all weekend anyway. This is a cheery post, isn’t it?

What I Re-learned This Week:  That when you stall on writing a story, and something is bugging you, there’s a reason for it.  If something doesn’t feel right, it isn’t.  Most often my experience is that the scene is set in the wrong location.  That was the case for me this week.  I was also wrestling with whether to set the scene in real time or backstory. Both have big disadvantages.  But finally this morning, as I was driving in my jammies home from dropping my husband at the light rail station, I thought of an entirely new place to set the scene–and that opened it all up. I’m happy now. The weekend may proceed.

What’s up with you? What are you reading, watching, working on?  Tell me interesting things.