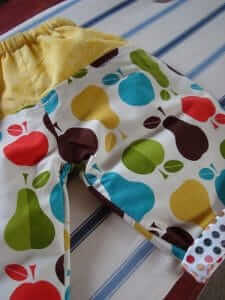 Nearly all my writing life I’ve considered myself a planner. But for the last two books I’ve written, apparently I’ve been pantsing like crazy.  And it hasn’t worked all that well.

I will share my sad story, but first some definitions for those of you who might not know:

Pantsers write by the seat of their pants. No planning, they just have at it and see where the story takes them. They don’t want to be constrained by an outline or any preconceived notions.

Planners plan everything out ahead of time. They write up character dossiers, figure out the plot according to one of many different theories of story and don’t leave anything to chance.

And for years, I’ve been a planner. There are few things I like better than filling out character dossiers.  There’s so much possibility in it! I’m creating a brand-new character and getting ready to put her into action–much like God.

I’m also a story wonk. I love reading about various types of story structures, from the three-act framework to the Hero’s Journey and I’ve studied these in depth.

I also adore figuring out settings–big and little. I love pondering where the character lives and works, what his house looks like and where she hangs out.

These all fall firmly into the planning category, in case you hadn’t noticed.

So why have I abandoned these supports for my last two books? I think because I got enamored of the idea of writing fast. I have a lot of stories in me and I want to get them out into the world. Writing fast is the best way to do that.

But I’m coming up on the limitations of it, or at least the way I did it the last two times, because I know there’s a third way I’ll detail in a minute. But first, my sad story.

I finished the rewrite for my agent last week and sent it off. And, determined to actually finish another project, I unearthed a novel I wrote a couple years ago.  I started it when in France, and for that reason alone I’ve always been fond of it. But I also love my main character–a globe-trotting journalist who loses her career and her relationship pretty much in one fell swoop. However, I knew the book had big plot problems.

So I started reading it earlier this week. Yup, plot problems. For the first 75 pages I was convinced they were insurmountable. And so I did what I always do–made my life much more complicated by deciding that this story could be split in two. New characters and settings appeared in my head! Excitement abounded! Because I am an excellent starter (and a lousy finisher in case you hadn’t guessed). I took notes and wrote with excitement.

First, though, I told myself I had to finish reading the manuscript. And, somewhere around page 100, a funny thing happened. I fell in love with the story.  Realized I didn’t have to throw the baby out with the bath water and reconstruct it–and write a whole other novel with some of the characters. I had plenty of good stuff to work with. Plot problems, yes, but a host of fun characters and some interesting themes.

So I’m going to rewrite it as is. First, though, I’m going to do some serious prep work, writing material to help me understand my characters and figure out a plot that will support the story.

And this is how I’m proceeding from here on out:

–-Do all the prep work.  Write character dossiers and dig deep into their motivations.  Create memorable settings. And most of all, figure out the damn story ahead of time!

–Write fast.  When all the above is done, then it is time to write fast. When you know where you’re going, it is a hell of lot easier to do this. And I shall. And it will all be brilliant. Right? Right.

Part of the way I’m going to prep is to write scenes on cards. I’m currently reading Writing Love, by Alexandra Sokolow and it is helpful in this regard. She bases her ideas of structure on screenplay writing and tells you the exact scenes you need to have in your story. I take things like this with a grain of salt but I at least like it as a starting point. At $2.99 for the Kindle edition, its a cheap reference. Well worth a look.

Photo from Every Stock Photo.

0 thoughts on “Confessions of a Reforming Writing Pantser”