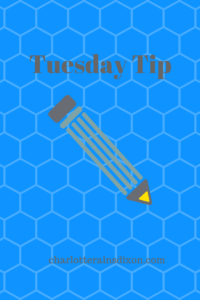 I’m going back through the second draft of my WIP novel, checking for places where I have to drop things in. Most of these are little things, like another mention of a physical object that figures in the plot (in this case, a necklace), or pumping up a description that didn’t get fully mounted on the page.

But in one instance, I have a whole chapter to drop in. (Because, um, it features an important character that I failed to show anywhere in the novel. Duh.)

So this means I am writing rough draft material again for the first time in a couple of months. I’ve been rewriting and editing and getting the draft ready for beta readers. (Soon!)

And this morning I found myself laboring over every word.

WTF! I know better than this.  A rough draft is just that–the draft of a chapter or story or essay that is in its rough stages.  And just because the rest of my novel is almost ready for other eyes, doesn’t mean that this chapter needs to be.

I had to remind myself to just put the words on the page.  Let them rip. Write fast. Don’t worry about how “good” the words are once they land. Just get the damned thing written!

And that is my Tuesday tip for you–let the writing of your rough draft stink. Make it awful. Require it to be. Because once you’ve gotten those words on the page, you’ve got treasure with which to work.  You can rewrite and revise and edit to your heart’s content.  But not yet.

Remember there’s a reason it is called a rough draft and let it be, well…rough.