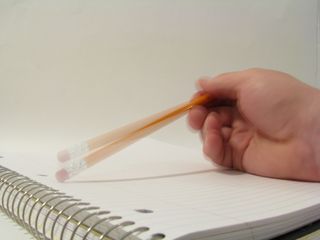 My newsletter comes out every two weeks without fail and usually I get the material for it to my friend who compiles it for me well ahead of time.

Yes, life got in the way–I won't bore you with the particulars.  But I also procrastinated.  Because if I had really wanted to, I could have fit some work on it in the nooks and crannies of time.  I'm used to doing that.  I do it all the time.

I knew I needed to get the newsletter done in plenty of time for it to be scheduled, but I didn't do it. And then last night, as I was falling asleep, I realized why: because I didn't have the topic yet.  Bear in mind, I write posts for this blog a lot.  (Over seven years, I've managed to rack up over 1,000 of them.) So coming up with ideas and writing them is not often a problem.  But in this case, I didn't.

Until I realized I wanted to write about what was happening to me in the moment: procrastination. And here's the deal, the epiphany that occurred to me, the idea that made it all worthwhile:

Sometimes procrastination is a good thing.

Yes, I said that.  So let me explain why, and when you can use procrastination as a tool, and when it is just a plain old bad thing.  Okay?

When Procrastination is a Good Thing.

Sometimes, a story or a scene or an essay simply hasn't formed itself enough to be gotten down on paper.  Period.  You can try to force the issue as much as you want and it simply won't budge.   Stories are like that. And then you've got to let it come out in its own time.  (Which can look like procrastination to uninformed spouses but really isn't.) Some ideas that might help the process:

1. Take notes.  Gently, without trying to force anything.

2. Actively think about it.  Like, when you're vacuuming.  Or reading CNN.  Or doing whatever it is you do when you procrastinate.

3. Quit worrying about it.  Remind yourself that peaks and valleys are part of the creative process.

4.  Don't think about it.  I know, contradictory to #2, but that's how creativity works.  Put it out of your mind and do something else.  Sometimes this is what's needed for an idea to bubble up.

5.  Decide you're going to give up writing forever.  Kidding!  Sort of.  Because, in truth, sometimes these sorts of dramatic vows are what it takes to lift yourself up out of the procrastination morass. Because you realize that you really do want to be a writer and since that is the case, you better get to it.

When Procrastination is a Bad Thing.

While we all want to put a good face on the way we run our lives, sometimes procrastination is just that: procrastination.  And more likely than not, it is fear-based.  Fear of failure, fear of success, fear of putting yourself out in the world, fear that you don't know what to write.

I'm here to tell you that the best and only way to deal with fear is to walk through it.  And the best way to walk through it is to throw words at the page.  Bad words, crappy sentences, ridiculous paragraphs.  Or, if you can muster it, fantastic combinations of words.  But don't worry about that. Just write.  Anything.  Trust me.  The act of writing itself will lead you back to where you need to go–which is where you are at the moment:

We All Suffer From It.

Well, maybe you don't.  But I do.  And most other writers do, too, if they will admit to it. (Procrastination is sort of like drinking too much or reading trashy novels in that nobody wants to claim it as a habit.)

But, if you find yourself procrastinating, just remember to use it to your writing advantage.  And then you call it something else that sounds much more industrious.

(Almost all my metaphors have to do with the garden or food.  I think its time for me to get planting and cooking. Nah, never mind. I've got too much writing to do.)

Here are some other posts I've written about procrastination:

Procrastinating on Your Writing? Try This

One Technique for Overcoming Writer's Block

Okay, come on, it's time to 'fess up: what's your favorite way to procrastinate?  Please make us all feel better and share.

PS: A couple of you have not yet claimed your prizes on the birthday blog giveaway.  Come on over and find out if you've won.