One of the recent phrases of wisdom I've been attempting to follow is this:

Expect nothing, accept everything.  To which I add: and show up. 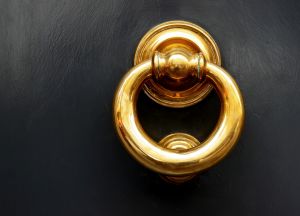 I'm not sure where the original quote came from.  I heard it at church.  It resonates with me because it has taken me a long time to grasp the "expect nothing" part of it, and I'm pretty sure I'm not alone in this.  Because, if we want something, aren't we supposed to visualize it?  And isn't that a form of expecting?  But now you're telling me not to expect anything after all.  And how am I supposed to think about my goals if I'm to expect nothing?  Isn't having goals expecting something? Sigh.  This stuff is confusing as all hell.

But here's what I've figured out: the trick is to just go out there and do the work–show up–and then accept what happens.  Without expectation.   It's a subtle tweak, doing the work without expectation.  Because most of the time what motivates us to take action is expectation.  Expectation that we'll get money, or success, or fame, or whatever.

But expectation can also drive what we want away.  Have you ever wanted something so bad that you felt all screwed up and twisted inside?  Its that kind of expectation that actually blocks the flow. Sometimes this happens with visualization, too.  The trick with that is to visualize your goal, and then release it to the universe to make it happen as it will.

Which is where acceptance comes in.  We think that we know just how things will turn out.  We certainly know how we want them to turn out.  And we also like to think we're in control.  Ha! But so often, things don't turn out like we planned.  Sometimes, they turn out better.  Sometimes we think they turn out worse but later we realize that is not the case.  So accepting what comes is very important.

But probably most important is taking action. If we fail to master the showing up part, then we languish.  We visualize our goals and wonder why nothing is happening.  Um, could it be because we've forgotten the showing up part?  I'm pretty sure this is where much of the sneering at New Age ideas comes in.  There's been an enormous backlash and misunderstanding about the movie The Secret, for instance.  Because people missed the taking action part.

My understanding of all this is still a work in progress, so I'm happy to hear any clarifications, or differences of opinion, or amplifications.  Comments are encouraged!

If you're having a hard time showing up to do your creative work, my Get Your Writing in Gear sessions are $50 off for my March Madness sale.  Get clarity, get refocused, get rarin' to go on your project in a jam-packed hour of inspiration based on your current issues.  For more information, click on the purple button to the right, or check out this link.