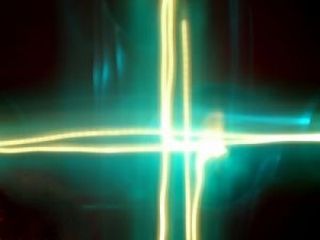 Before I started the actual rewriting of my novel, I did a lot of prep work.  One of the things I did was make a chart listing the goals, motivations (what the character wants), interior and exterior conflicts of each character.  These are the kinds of things that you generally at least have a vague sense of as you write the first draft, but need to be nailed down more specifically as you embark on the second time around.

And, as I discovered for the umpteenth time, these are also the things that are sometimes really, really hard to get specific about.  I mean, I know what my main character, named Madeleine, wants in a sort of wafty, overall sense, but defining it in a definite, precise, manner is difficult.  It drives you down into the heart of the story–which is why it is a worthy exercise.

I also did this for each of the important characters in the book.  And then I took a look at my charts. And realized–pa-dum–that some of them had similar motivations.  One could even say they had the same motivations. Which doesn’t work.  Why?  Because if all your characters want the same thing, they can all work together, united as one, singing Kumbaya.

Because what is the most important element of all fiction?  That’s right, conflict. And if characters are all united as one, there won’t be any.  All good fiction is about characters in action, and characters at cross purposes with each other create conflict in action.  And so you need to put your people at cross purposes with each other, which is as simple and complicated as giving them conflicting desires.  Here are some simple suggestions as to how to get yourself thinking that way.

Don’t argue with me.  You just have to.  You will know more–way more–about your characters when you get to the end of the draft then you do at the beginning.  Write it fast (which more and more I’m coming to believe is the ticket), or write it slow, but write it.

Ask yourself what you want.  If you’re anything like me, you’ll likely get a list of garden-variety desires like lose weight, make lots of money, travel the world, have successful relationships with friends and family.  And guess what?  It is fairly likely that your main character wants those same, garden-variety things as well.  Now think of times you’ve struggled to get what you want.  Did your mother-in-law bake you a chocolate cake for your birthday, despite the fact you’ve been on a strict Paleo diet?  It’s not that she wants you to stay fat–she just wants you to enjoy her cake she baked for you. It is still in conflict with your goal.

Let’s continue on with the above situation, your MIL baking you a cake for your birthday. Maybe she has a deeper motivation.  Maybe she wants to make you gain weight so that her darling son will leave you.  That is an excellent cross purpose.  The simplest of actions can have devious motivation attached.  And in this case, all it took was a little tweak.

I realized my character Madeleine has a nicey-nicey relationship with her sister.  Bor-ing.  The two of them don’t need to be at war with each other, but don’t all siblings have some tension embedded in their relationship?  I did some free writing and realized that Madeleine was very close with her late mother.  Her sister?  Not so much.  This is the cause of some friendly “Mom liked you best” rivalry that ends up going deeper than expected.  And I got to it the way I get to all things–by writing about it.

Think up the absolute worst conflict

What is the worst thing that could happen between your two characters in the fictional situation you’ve set up for them?  You don’t have to use this eventuality, but pondering it can help you get some strong-ass conflict into your novel.

How do you create characters with strong conflicts?