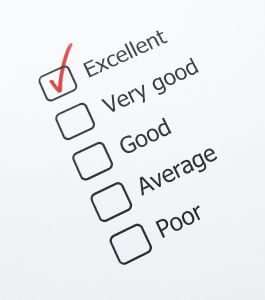 Okay, I did it. I finished my rewrite and sent it off to my agent. And now let us all have a silent moment of prayer that this is the final version. Or at least close. If not, I’ll be hanging my head and reporting back to you.

Finishing is a funny thing for me. When I near the end of a big writing project, I focus so much energy on it that I do barely anything else. Sometime during these periods I think longingly of things I want to do when I’m done. Like take the afternoon off to read or knit. Binge-watch TV. Clean my office. Something, anything, other than writing. But then when I’m done none of those things appeal. I’m witless and rootless as I wander around, trying to find something to capture my interest.

But then, of course, life rushes in to fill the vacuum. Yesterday, I went to pick up groceries I’d ordered because it was my night to cook. Part way home I got a panicked text from my daughter-in-law—could I pick up my granddaughter from school? So I turned the car around and grabbed her adorable five-year-old self. And then there was dinner to cook. And exercise to do. And pretty soon it was just like every other day, with all the life things pressing in on me.

And then as I was riding the stationary bike I had a moment of horror in which I knew, absolutely knew beyond a shadow of a doubt, that the manuscript I’d just submitted was bad. Really bad. Ridiculously bad. That my agent will now release me and I’ll cry and be sad and have to be shamed in front of my whole writing community. But a moment later that feeling passed. It is what it is. I was too close to it for too long to be able to make any judgments about it.

I swore I wasn’t going to start anything new for a while, like, oh, a few days. But already I’m itching to get the ideas I had for new projects into some kind of form. I have a full-length novel and a loooong novella finished on my computer, both of which need substantial rewriting. While I was ensconced in the rewrite, I had good ideas for them both. And I’d love it if they each saw the light of day soon. (One of my goals for the rest of the year is to finish things.)

Oh, and it is June! When did that happen? Geez, the year is going too fast. Yeah, I know you know that. So, anyway, happy June, and check out what I’ve been doing below (a bit light because of the rewrite).

—Winter Stroll by Elin Hildebrand.  I picked this up at the grocery store last year and never read it, finally decided it was time. She’s a very popular author. I’m lukewarm. Apparently, it is book two of a trilogy and at the end, she doesn’t wrap things up, so you have to read the next one. I mean, I know people do this, but it was so blatant. I was lukewarm-ish about this book, but damned if I didn’t go order a used copy of the next one.

—The Abundance Project, by Derek  I have this terrible habit of being enticed by books like this—cheesy self-help tomes ones that promise a more abundant life or increased productivity or instant karma. Seriously, I’m a fool for them. And they rarely pan out.  So I get bored and don’t read them. So far, I’m not that thrilled with this one, but I’m not that far into it, either.

–We took a day trip over the weekend and visited a favorite bookstore where I found a novel about, gasp women of a certain age.  Being one myself, I can’t remember the name of it and it’s downstairs. I’ve only just read the first page so I’ll report next month.

I’ve also ordered or downloaded or have in my queue:

––The Café by The Sea, by Jenny Colgan. This author has written five million books and I want to see how she does it.

—Be the Gateway: A Practical Guide to Sharing Your Creative Work, by Dan Blank. My friend Angie recommended this and I can’t wait to dive in.

––The First Rule of Ten, by Hendricks and Lindsay. A friend/student recommended this to me last year when we were in France. I downloaded it then and promptly forgot about it. She mentioned it again this week and I pulled it up again.

I’ve got my reading work cut out for me.

We’ve not been watching much TV lately and while going to movies is one of my favorite things to do, ever, I don’t do it much. (Go figure.) But we are almost done with Wild, Wild Country, the documentary about the Rajneeshies taking over a town in eastern Oregon. It’s fascinating, especially because I lived through it.

And, late to the party as usual we just started watching Frankie and Grace. Really fun. Lily Tomlin is hysterical.

Momentum. As in the momentum you get when you are regularly working on a writing project. When you’re half in one world and half in another all the time because even when you’re living your normal (so-called) life you’re thinking about your book. When all you want to do is get back to it. When you finish a writing session and you’re in love with the world because you feel so good. It’s the best feeling. I had it during the rewrite and I look forward to getting it again. It sometimes takes some work to get into the momentum flow (like committing to writing every day), but it is so, so worth it.

I had the great pleasure of spending a whole month devoted to writing in Ceret, France in March of this year. Ceret is a town in my favorite French region, the Lanquedoc which is in the south, near Spain.  Leaving was hard, except for the fact that I was eager to see my family, but made easier by knowing that I’d be back to the area soon. Like in September. To teach.

When first I started going to France to teach six years ago, I had half a mind that I wanted to travel all over Europe. But my teaching partner, Debbie, preached the wonders of staying in one place and sinking into it. And now I have to say I agree with her. You get to skip the hassles of travel, for one thing. But for another, you get to really know a place, to have a favorite restaurant, to understand the best spot to get a glace or an espresso, to sink into the rhythms of the place. And that, my friends, is a wonderful thing.

All this and writing, too? It’s the best thing ever. Want to come this year?

Join the Facebook group.  Participating in groups is the only way I like to be on Facebook and this one is good. It goes quiet periodically, but then it perks up again. I try to post something of interest every day (or at least every few days). Do join us!

This post originally appeared in my weekly newsletter. To subscribe, fill out the form to the right.