So here it is, Friday again. Since I often have a busy day on Friday, and sometimes don't have a lot of 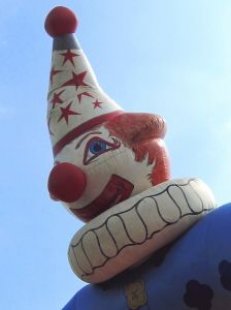 time for a blog post, last week I asked for ideas about a short, useful feature to begin on Fridays.  I got lots of great suggestions, because, well, I have the best readers on the planet, and many of them centered around the idea of asking a question.

I have taken this idea and run with it.  However, me being me I am not content with one question when more would do.  I'm a novelist, not so much a short story writer (all my short stories end up long) and this pretty much sums up everything.  My motto in life is, more is better, and for living proof, come knock on my front door.

And so I am starting a series, in which we see how far we can go with the letter F and questions related thereof.  Some posts will be stand-alone, and some will be part of a mini-series.  When I run out of F-words (don't go there)that I like I will start with a different letter.  Or come up with a new plan.

Just to whet your whistle, next week I'm starting a series called Festive Fridays, because Fridays are festive and fun and that is one thing I love about them.  But until then, you need a question or two to ponder over the weekend, and I have one for you, but first I want to explain something.

When thinking about the questions I pose and answering them, bear in mind they can be used three ways:

1. Answer them for yourself.  Hopefully, they will be cause for some introspection and interesting journal entries.

2.  Answer them for a character.  This can be a great way to deepen your understanding of a character, fictional or otherwise.

3.  Answer them for the alien who lives next door.  Kidding!  Try answering them for both yourself and a character you are working on.  This is the approach that John DuFresne recommends in his new book on writing a novel called, Is Life Like This?  It is something I've always done and find very effective because getting to know yourself better helps you to understand others better.

Okay, without further ado, here are today's questions, keyed to the word folly, which in case you need a refresher means, according to Dictionary.com, a foolish, action, practice, or idea.  (It also once meant a revue with glamorous female performers but that is not common usage any more so we'll ignore it.)

So, where's the folly in you or your character's life?  What foolish action or idea are you hanging onto that it is time to let go of?  What foolish practice are you indulging in?  What would your life look like without all this foolishness in it?