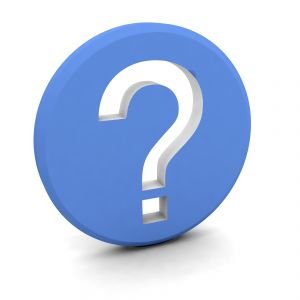 The best way I can answer the question of the title is to tell you two stories, the stories of my two attempts to get a literary agent.

Attempt to get an agent #1

The first story happened back around 2011-2012.  I was seeking representation for my novel, Emma Jean’s Bad Behavior.  Over the course of a year or two, I actively submitted to agents.   Boy, did I ever get an education.  I had many agents respond to my query (because writing queries happens to be one of my super powers).  And then, often I’d never hear another thing.  But some did ask for either a partial or my full manuscript.  And I got great responses.

The agents complimented me on my writing, said they loved the sex scenes (it is not erotica, I promise), and enjoyed the story. But. And this was a big but–none of them thought they could sell the book because Emma Jean was too brash. Too opinionated. Too inclined to blurt out exactly what’s she’s thinking.  Too “unrelatable,” as one agent called her. (Oh, and then there was the one who took offense to her getting drunk on a plane. Because, “nobody ever does that.” Yeah, right. That’s never happened.) I lost exact count of how many times I sent Emma Jean out, but it was somewhere around 60 submissions.  Yes, 60. (Which isn’t even that many in the pantheon of literary rejection stories.)

So, long story short, I never did secure representation.  Instead, a friend told me about the small press that had bought his book, and on a wild tear one day, I submitted my book and promptly forgot about it.  Six months later they accepted Emma Jean for publication.  I sold my book without an agent.

Attempt to get an agent #2

Two years ago, I had another novel ready to submit. This one had a sweet, relatable main character and was set in a bakery. A slam dunk, I figured.  I had recently joined the Women’s Fiction Writer’s Association, and in one of their emails I noticed that an agent named Erin Niumata of Folio Literary was accepting submissions. I read her profile and decided she was the agent for me.   So I sent her the query for The Bonne Chance Bakery.  I got a reply back so fast I thought it was an auto out-of-office deal. But no. It was from Erin. And she wanted to see my full manuscript.

A week later, we talked on the phone, and she said the magic words, “I am calling to offer you representation.” Woot woot! So this time out I got my agent on my very first effort. Dreams do come true. I was right about that slam dunk thing.  My two experiences couldn’t be more different. Which is why I love to tell these stories. I think they are both encouraging in their own ways.

How you can get an agent

The moral of the story? Yes, it is hard to get an agent. But it can be done, as long as you:

I can teach you the first four points in my upcoming How to Get an Agent Class.  It is a teleseminar, easily accessible by phone or computer the night of the class or in a recording after. And there are two options–class only or class + my critique of your query.

For a relatively small investment of time and money, you just may land yourself the agent of your dreams.  Find out more and sign up here.

See you on the call!