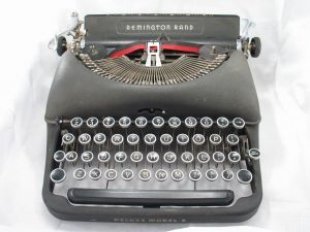 Everything about the potential ghostwriting client sounded great:

We emailed back and forth a couple of times and then set up a time to talk.

I was both daunted and excited about the prospect of taking on this writing project.  Daunted because it would be turning a film treatment into a novel, something I've never done before.  Daunted also because the genre was military fiction, not particularly in my comfort zone.

The excitement came because of the challenges of writing fiction in someone else's voice.  I thought it would be good practice for me.  So, too, I decided that writing fiction for someone else would light a fire under my butt seat and reinvigorate my own novel writing.

And so I prepared, pondering potential word counts, toting up figures, and coming up with what I felt was a fair fee.  At the appointed time, I called the potential client for our chat.

I knew two minutes in that we wouldn't be working together.

Why? Because he uttered these words: "I was hoping to find a collaborator who would be willing to split the profits with me."

Split the profits being the tip-off.

Because odds are good there won't not be any.  And then I've worked for months on a project without any pay.

Why do people so often think that writers are willing to work for no pay?  On the off chance there might someday be some money involved?  Guys, I gotta eat, and I have a mortgage to pay, just like you.

I said all this, albeit a bit more politely, and carried on with the conversation.  I inquired about his book contract and that turned out to be an opportunity to pay a company lots of money to have them publish his book.  Not a scam, but just short of it.

Dreams of glory die hard.  People think its easy to write a book and get it published.  Heavy sigh.  My no-longer-a-potential-client and I had a good talk, with me filling him in on traditional paths to publication versus self-publishing.  I think I was helpful to him.

I hung up the phone disappointed. I generally have a pretty good radar for when this is going to happen, but this one fooled me.  I was enticed by the thought that he already had a contract, and that he came via referral.  Sounded like he was serious to me.

Another day in the life of a ghostwriter.

What about you?  Have you ever had someone expect you to write something for free?

***Don't forget to use this dark time of year to generate lots of new ideas for 2012.  Read more about my class on the subject here.