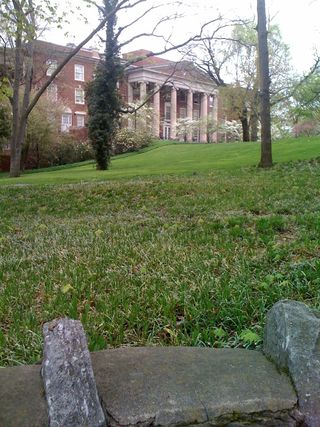 Yesterday I wrote a post about my adventures in Nashville.  Today, I'm writing about what you really want to know more on, some of the writing activities I partook of.  Wait, that's a poorly constructed sentence, with that dangling participle.  Today, I'm writing about the writing activities about which you want to learn more.  Technically correct, but a bit high-faluting.  Well, let's just get to it.

To refresh your memory, I travel to Nashville twice a year, in September and January, to participate in the certificate writing program sponsored by Middle Tennessee State University, the Writer's Loft.  It's a program modeled on the brief-residency MFAs that are so popular now, and in the words of the Loft's founder, Roy Burkhead, it's "MFA lite." (By the way, Roy's editing a cool literary magazine that I contribute to called 2nd and Church–check it out.)The program offers weekend orientations during which students hear lectures and workshops on all aspects of writing, and meet with their mentors after which, students go forth and do what they should be doing–write.

This year, I presented a lecture at the Loft on Scene and Structure, a variation on one of the sessions of my Get Your Novel Written Now class.  It was an information dense hour and a half, let me just say, so much so that I feared my student's heads might explode.  They graciously refrained from allowing this to happen, however.  I also sat in on a variety of other presentations, two in particular that I want to highlight here.

Writer Jennifer Chesak spoke on freelance writing and got me all inspired about it again.  She went through the basics of getting started, establishing relationships with editors, and so on.  Jennifer recommends starting with querying on small articles that would go in the news sections at the front of magazines and working your way up.  When I graduated from journalism school a gazillion years ago, I got married and had babies right away and so working at a newspaper was something that never happened for me.  But I did begin free-lancing and did it off and on for years, until I went back to school for my MFA and began doing more teaching and coaching.  But listening to Jennifer made me want to have another go at it, so I'm now on the lookout for ideas.

Jennifer has also begun an innovative publishing company that intrigues me. It's called Wandering in the Words Press and here's how it works: it's submission-based, so you submit your work and go through a vetting process.  When Jennifer selects your novel or memoir for publication, you pay her for the editing process, either upfront, or through your royalties.  She not only edits, but creates you a website, and assists with marketing.  And the royalties are good–50%.  This is a very similar arrangement to my publisher, Vagabondage, though I didn't pay any fees to them for editing or anything else.  What I like about it is that you get all the benefits of indie publishing but there's still some quality control, which is often lacking in self publishing.  It's worth checking out.

Another one of the workshops which captured my attention was Aaron Shapiro's on writing Haiku.  He went through the rules of writing Haiku, gave us some visual prompts and let us have at it.  Okay, okay, if you insist, I'll share my brilliance with you:

Past his given time 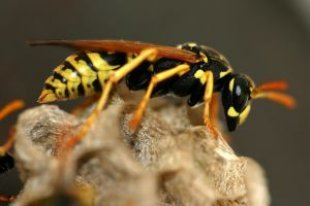 Fading days of a short life

A bee in winter.

This was my ode to the bee that appeared in my Portland bathroom at 4 AM as I was getting ready to catch my plane to Nashville.  What I liked about the Haiku writing was the idea that you could play around with it as a warm-up to writing.  Or when you're blocked, or don't know what to write but want to write something.

So that was what I learned in Nashville.  But I also want to give a shout-out to the Living Writer's Collective, this amazing group of writers in Spring Hill, about a half-hour away from Nashville (in which direction, I'm still not entirely certain).  I had the great good fortune to speak to them on Thursday night before the Loft orientation began and I loved it.  What a great group of writers–not a wanna-be in the bunch.  All of them, as far as I could tell, were actually engaged in the work of putting words on the page.  They were a friendly and welcoming group, also, and if you live in the area, check them out.  Thanks, guys, for having me!

And I think that is quite enough from me for the moment.  What have you learned of heard or read about writing lately?  Comment, please.

The top image is one I took on the Vanderbilt campus, which is serving as a stand-in for MTSU.  They are two very different beasts, but oh well.

I snitched the Vagabondage Press image for the website.

The bee is by Mordac.

Convincing a group of at-risk teens that writing is not only a useful activity, but a fun one, could be a bit of a challenge, wouldn't you say? 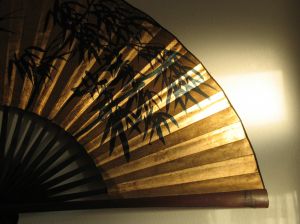 And that was my charge at a workshop I co-lead on Monday for an organization I volunteer for, Step It Up.  The nonprofit hosts a Career Club for high schoolers, giving them practical information on job-related activities such as business site visits, resume writing, informational interviews, and writing cover and thank you letters.  After a few months of this training, they graduate to actual internship positions.

But first they have to learn to write those resumes and cover letters.  And in order to do that they need to get over their fear and hatred of writing.  Which was our goal on Monday.  We led them through a variety of creative activities (anagrams, how many images can you draw in the circles, etc.) to loosen them up and then got to the writing.

Here was the brilliance (it was my co-leader's idea, so I can say that) of it: in order to illustrate the writing process, first we had them glump, then we had them write Haiku.  Thus showing how the initial step is to put everything out on the page in one glorious brain dump, and the second step is to fit it into a specific structure, such as a Haiku.  Expansion and contraction. We had them free-write on one career-related word of their choice, and then compose a Haiku using that same word.

I started thinking how useful an exercise this two-step process could be for writers, to loosen yourself up and get the juices flowing.  Try it:

1.  Glump.  Set a timer, use a prompt or a word, and write.  Keep that hand moving across the page. Don't censor yourself or even think very much.

2. Review.  This is an optional step, but it can be helpful to go through your glump and highlight sentences, words or phrases you like.

3.  Write a Haiku.  Take the same prompt or word and write a Haiku about it.  As a refresher, a Haiku is a three-line poem.  First line is 5 syllables, second line is 7, third line is 5 again.

The great thing about Haikus is that they can be lyrical and descriptive, or silly and fun.  I once had a weeks-long email exchange with my wonderful friend Suzanne, in which we entertained ourselves by writing only in Haiku.

So try it and let me know how it works out for you.  Leave a Haiku in the comments if you feel so inspired.

And remember, if writing Haiku fails to inspire you, my Get Your Writing in Gear sessions are on special through the month of March

Photo by Ayla87, from Everystockphoto.