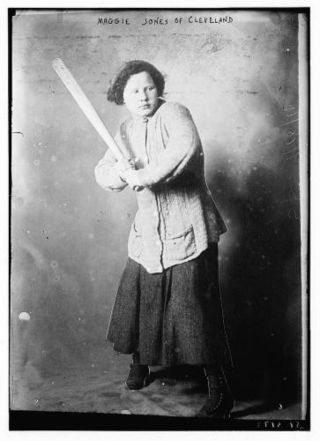 Does that headline sound vaguely sexual or is it just me?  If so, sorry for misleading you because this post is about switching up your writing projects.  (Though a client for whom I am doing some writing just emailed and said we need to get some sex in our title, so maybe its a good thing.)

I recently read Jess Walter's Beautiful Ruins, and as is so often the case when I read something I like, I went in search of more information about him.  Here it is: he lives in the unlikely city of Spokane, Washington (if you've been there, you know why its unlikely a major writer would live there), he had a daughter when he was 19 and subsequently went to work at a newspaper to support her, his first book was a non-fiction title on the incident at Ruby Ridge, and he's written a ton of novels and short stories since.

Beyond all that, what interested me was the tidbit I found in this interview, in which Walter says, "My only trick is to switch to some other project when one gets stuck.
And they always get stuck."

Truer words about writing have never been spoken: you're going to get stuck at some point.  It may not be big stuck, and most likely it won't be writer's block, you'll just get stuck.  Like, unsure what you want to write next, uncertain what comes next in the novel, unsure what your secondary character's name is.  Something.  And I love the idea that when this happens, you can switch off to a different project.  Because, better to be writing on something, then nothing at all.

I've been working on short stories recently, as well as a novel, and I see this happening somewhat naturally.  I reach a point in a story where I'm sort of mentally done with it for the moment, and without really thinking about it, I find myself opening the file for that other story I've been thinking of.  I get stuck on the novel, and I'm inevitably drawn to one of the stories.  It feels natural and right, and like I said–as long as I'm working on something, I'm happy.

Along these same lines I was working on what I call prep work (thus called because hopefully you do it before you start writing it, though in truth it happens at every point of the writing) for the novel–character development, lining out the plot, imagining settings–and I found myself switch hitting.  When I got stuck on the outlining, I switched over to writing about the characters, and that in turn led me to ideas about the story.  So I was working back and forth.

And that, I think, is the beauty of this approach–it is like cross fertilization of the mind.  The idea you have for the character of your story suddenly reminds you of the plot of your novel.  And so on and so forth.  At least that's how it works for me.

Do you work on multiple projects at a time or stick to just one?

*Oh, and by the way–if you read this blog on Google Reader (and God love ya for reading it however you do), be aware that it is going away as of July 1st.  You can still subscribe via RSS feed and read it on Yahoo or other readers, or you can subscribe via email.  All the buttons to do so are to the left.

**Photo from the Library of Congress, in the public domain.  (I kinda like her outfit.)

Now, I know you read a lot.  Because, you're a writer.  And writers not only write, they read.  It's the way of the world.  Reading is why most of us got into this game in the first place.

(Brief aside: you'd be surprised how many wannabe writers I've run into who don't read.  When someone comes to me and says, "I've always wanted to be a writer," I say, "What do you like to read?" And then, ahem, when they say "Oh, I don't read, I like to watch TV and movies," I know they are not going to make it as a writer–unless they want to write scripts.)

But there's reading and there's reading, as in reading as a writer.  Once you start doing that, reading is never the same, by the way.   Because, you're constantly looking at how the author handled plot, character, setting, dialogue, theme, style–all the things we strive to add to our stories.  (I've heard some writers complain about this, saying reading is no longer the light, relaxing activity it once was for them, but I like it–I think this way of reading adds a depth that contributes to my enjoyment.)

My approach to reading got rejuvenated when I was in Louisville for the Spalding MFA residency, because that's part of what you do in workshop–pull apart stories and see how they were put together, studying each element.  I was re-inspired to approach reading this way, which happened to coincide with my own work on a couple of short stories.

I am here to report that my recent reading has had a real, direct impact on my writing, and I want to share that in order to explain how it happens.  (You no doubt already know this.  But being reminded of it, as I was in Louisville, can be a helpful thing.)

Before I left Louisville, I downloaded the Best American Short Stories of 2012 and then read it on the plane on the way home.  (I liked having it on my Kindle, because it forced me to read the stories straight through, whereas my usual style would be to pick and choose.  But in picking and choosing, I would miss some gems.) One of the stories was called M&M World.  (That link takes you right to the story–cool.)

I'm not going to ruin the story for you by deconstructing it, but there's a part of the story that looks to an incident in the protagonist's marriage that happened long ago.  And as I read that, I had an epiphany: this is what my story needs, too.  I needed to go briefly (for one paragraph) into the past to show an aspect of my character's marriage.  I added this and presented the rewrite to my writing group–and they loved it.  Said it added a depth and insight that had previously been lacking. Which was my intention.  So, yay.

I recently started reading Beautiful Ruins by Jess Walter.  Wonderful novel, I recommend it.  Love the story line and I adore his style of writing–the way he puts words together.  He's one of those writers who pulls you into the character's head with the use of the telliing detail, actually, lots of them.  And this got me to thinking–perhaps this was what was missing from my story?  I liked so much of what I had written, but overall, it seemed a bit flat to me.  And so I've been going back through and looking for places I can add more details and it is making a huge difference.  (I have a whole post on this planned for later this week.)

Both of these epiphanies have added a lot to my story (which I'm just about read to send out, by the way). And I never would have gotten them without reading.

So, what about you?  What are you currently reading?  How is it affecting your writing?