I'm a bit late with my words this year.  It's sort of because they have been rolling around in my head and sort of because I was doing other things and not thinking about it.   But here we are at last.  We got here. Or more to the point, I got here. 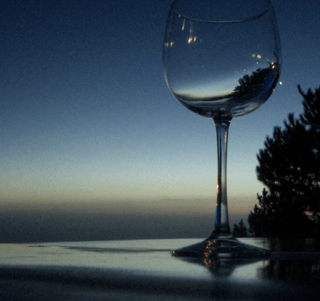 At least I didn't choose wine as one of my words of the year.

Some backstory: Every year I choose three words to guide me in the new year.  Most people these days choose just one word, but ever greedy and grasping for more, I follow Chris Brogan's lead and choose three.

Some years the words stick with me and guide me all year long and others I tend to forget them by mid-January mid-February.  But I still think that even if they aren't front and center in my mind, they are invisibly guiding me.  Which reminds me of a story.  (You probably knew there was one coming, right?)

Years ago, when I was a fledgling writer, I was involved with a local writer's group, and it was my job to accompany an at-the-time famous author around at her workshop.  This actually turned out to be complicated and confusing because she was married, and not just married, but married married, as in one of those people who is always spouting off about how great her husband was and how fantastic their marriage was.  Said fantastic husband was due to accompany her to the workshop. But then she called us and explained that no, the husband would not be with her, but another man would–her lover.  But then when she appeared for the workshop, she was with the husband.  Like I said, complex and confusing.  I never did figure out what happened there.

Believe it or not, that's not the story I meant to tell.  The story I meant to tell is this: the famous author mentioned that when naming a character, it is a good idea to consider the meaning of the name.  Not because your reader is going to necessarily know that, but because that meaning subtlety imbues the character with that meaning and the reader will subliminally pick it up.

And that's how I feel about my three words of the year.  Even if I forget them in my conscious mind, they are there guiding me in my subconscious.  And I can use all the subconscious guiding I can get. And now, since this post is going in directions I didn't anticipate, let's just cut to the chase, shall we?

My three words of the year are practice, possibility, and permission.  Yes, all Ps.  Isn't that great?  I love when that happens.

Practice.  I mean this in terms of a writing practice, as you likely guessed.  A writing practice that I do every day.  I pretty much do this now, but it is something I want to do more of.  At the moment, I get up early and write–most days.  Every once in awhile a ringer thuds in and I find myself cruising the internet for an hour before I realize what's happened.  I'd like less of that in 2015.  As I write this, I'm realizing that this is the best word for a year ever, because really, practice is everything.

Possibility.  Because, duh.  I want 2015 to be rich with possibilities.   Splendid stuff I've not even yet thought of.  Wonderful surprises.  Glorious opportunities.  Fun and festive events.  Got that, universe?

Permission.  Okay, so this one takes some explanation.  I kept thinking that my third word would be rejection.  I know, but hear me out.  My thinking was that if I was putting work out in the world, asking people for things (like to host a book signing or a reading, for instance), and creating new products a lot, as is my plan for 2015, I would be sure to get some rejection.  And this would be a good thing, because it would mean I was putting stuff out there.  But then I realized that stating I was looking for rejection was not the best message.  So I spent some time looking up likely antonyms that would get the idea across and came up with permission.  As in permission to put tons of stuff out there without worrying about failure and rejection.  Plus, permission starts with P.  So its perfect.  And I will stop now.

There you have them.  My words for the year.

Here are posts from previous years:

And a post on why you shouldn't choose a word or words, just for fun.

Are you choosing a word?  Or words?  Care to share it?