This is a paid book review for the BlogHer book club, but the opinions expressed are mine and mine alone!

Any book I read (and I try to read a lot, because that's what writers do) I read through the eyes of a writer.  Once you being writing, reading is a whole different experience, because you're studying how the author uses craft as you read.  In The Book of Jonas, I not only enjoyed pondering the way author Stephen Dau wielded craft, I also loved his overall theme, which is of huge interest to writers.

But before I go into that, let me tell you a bit about the book.  The book's main protagonist, Jonas, is just a teenager when his family is killed during a U.S. military operation in an unnamed war.  He escapes to the United States, where he struggles, not only with fitting in, but with the weight of a terrible secret.  This secret concerns the story's secondary protagonist, Christopher Henderson, the U.S. soldier who saved Jonas's life.  Written in dream-like prose, the book builds to quite the emotional ending, though you'll probably have guessed it before the end.

It is quite a tour-de-force of a book and I suspect it will land in the annals of classic war literature.  Extremely well written and nearly hypnotic in its ability to keep you reading, The Book of Jonas is a stunning achievement.  And all that is saying a lot from me because it is not the kind of book I usually read–I shy away from books about war.

As I mentioned, Dau uses the writer's craft in a mesmerizing way.  Part of that is his use of a fractured chronology.  The story leaps from Jonas's current day life in America to his former life in his unnamed homeland, and neither of those chronologies is linear, so the reader is jumping all over the place, yet the story remains clear.  If you're writing a fractured chronology, you should study this book.  And by study, I mean read it over and over again, underline it, and take notes.  It is extremely well done.

Finally, the book offers up a theme that every writer can embrace: the power of story.  It is only through telling the story, in Jonas's case, and writing it down, in Christopher's, that we achieve healing, and ultimately, freedom.

For comment: what book or books have you read lately that inspired you? 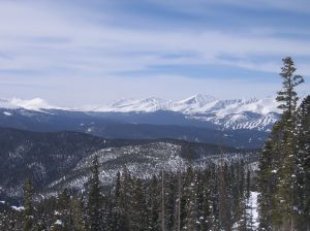 Yesterday, I wrote about watching the Winter Olympics and how Bode Miller winning gold inspired thoughts about stepping up to the plate.

Today the subject is story.

My daughter and I were watching the men's ski cross races on Sunday night.  This is a relatively new sport, and, correct me if I'm wrong, but I believe it is the first time in the Olympics.  It doesn't have a lot of stars that we're yet familiar with and so NBC chose to focus on one of the Canadian men.  (I know, shocking–NBC actually featured an athlete who wasn't from the US!  It was because he grew up in Colorado but had a Canadian father.)

So, here's this new sport, which is mildly interesting, and a bunch of guys participating that nobody's ever heard of. I'm  watching with half an eye, catching up on emails and blog comments at the same time.  But then there's a slow moment in the action and NBC decides to run the pre-taped story about said Canadian, whose name is Chris Del Bosco.

And suddenly I'm paying attention.  Because this guy has a story.  From the time he was a wee boy, he showed a talent for skiing and racing.  But then, as a teen, he started drinking and doing drugs.  And suddenly he wasn't winning races anymore.  Pretty soon he wasn't even racing anymore.  This dark period ended with him so wasted one night that he fell into an ice-cold stream and if a passer-by hadn't found him he would have frozen to death.

He's bombed out of any ability to compete here in the states, but through a synchronicity, he heard that the Canadians were looking for guys to ski on the ski cross team.  And suddenly a new career opens up.  He's getting a second chance to do what he loves.

And I'm rooting for him.  Suddenly, I'm completely and totally paying attention.  The computer is closed and set aside.  My eyes are glued to the TV.  Del Bosco easily qualifies for the finals.  I so desperately want him to win!  Alas, it is not to be.  Though it looks like he is coming from behind to win a medal, on one of the last bumps (jumps? not sure what they are called in this sport) he overestimates and ends up crashing.

The point is this: I cared about Chris Del Bosco because NBC told me a story about him. Not only that, but the story they told had all the elements of a classic–amazing talent that, lots of conflict, the opportunity for a second chance.  I was right there with him because of it.

The thing I probably suggest the most when reading a client's manuscript is to take out narrative and put in more scene.  Scenes dramatize your writing and make it come alive.  A scene shows us something, instead of telling.  It presents a story.

We respond to story because it is hard-wired into us.  From the beginning of human time, we've told stories to each other.  And still we do, whether on TV, a movie, or through reading a book.  The power of story is so powerful that it has become a cliche.

But sometimes cliches are good.  Because, ultimately, it always comes down to story.

What about you?  How do you use the power of story?  What have you gleaned from watching the Olympics? Or have you been ignoring them completely?