prepping for writing a novel 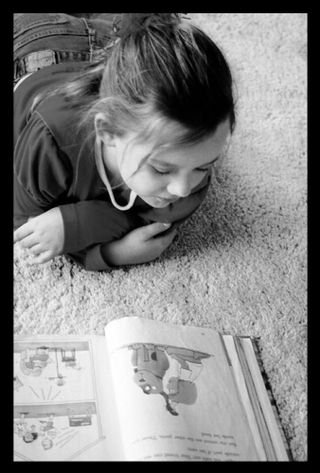 Engrossed in a good story

And so we come to the end of this series on prepping for the novel with a post on story.  (To read the entire series so far, see the end of this post, where I'll list them all.

Story and plot probably hang up more writers than just about anything.  I know writers who create wonderful, dreamy characters and write like I wish I wrote, choosing the mot juste and spinning out amazing sentences.  And yet, they can't tell a story to save their lives.

And guess what?  Story is what sells.  It's why The DaVinci Code was such a success.  Or to use a more palatable example, why the YA trilogy The Hunger Games was a smash.  It's got story up the wazoo, with plot twists that leave the reader desperate to find out what will happen next. (For the record, the books also have complex, conflicted characters, which make them worth a read.)

But, here's the deal: you probably won't know all the nuances of your story when you are prepping to write it.  You probably won't even know them when  you're writing the first draft.  In innumerable posts on process, I've mentioned that the first draft is for you to focus on figuring out the story, while the second draft is to sculpt it to good effect for the reader.

Problem is, when you're beginning a novel, you need to have some kind of idea where you're going or off you veer into uncharted territory.  Enter the loose outline.

When I say loose, I mean loose.  I started writing Emma Jean's Bad Behavior with a simple list of scenes.  I used that as my guideline for the first half of the novel, and then things started popping and new characters arrived and with them, new scenes.  You can write your loose outline on a legal pad, a computer file, or index cards.  Think of it as a starting point and you won't get freaked out over it.

Some Tips for Pondering Story

Tension in a story is everything.  One of the biggest issues I see in student work is a lack of conflict.  Even when you are introducing character, find ways to create tension.  Put tension in your descriptions.  Put it everywhere you can.  Here's a hint: refer back to the character sketches you did where you figured out what your character wanted, needed, or feared.  Then put two characters desire's in opposition and you're in business.

Stories need to follow cause and effect: because of this, that.  After such and such happened, then…And so on.   The scenes  you devise in your loose outline need to be linked, or else you're writing a series of short stories.

The fabulous Jack Bickham wrote a whole book on this.  Bickham said that once he mastered this (he learned it from Dwight Swain) he started selling stories right and left.  Basically, a scene has a goal (the desire), the conflict (what stands in the way of the goal), and the disaster (what happens when the character doesn't reach the goal.  Because, you know, she shouldn't.)  A sequel is like an emotional respite after the scene.  The character has to regroup and figure out what to do next because of the disaster.

There's a great article about scene and sequel that you should read for a more complete explanation. Play with the concept and see if it doesn't help you prep to write you novel.  As a matter of fact, I'm going to go apply it to mine.

Okay, that's it!  Here's the list of posts in this series:

Please comment.  We'd love to hear how you prep to write a novel or a book.

Create an inspired, successful writing life: Write a loose outline for your novel.  Be sure to incorporate the concepts of cause and effect and scene and sequel.