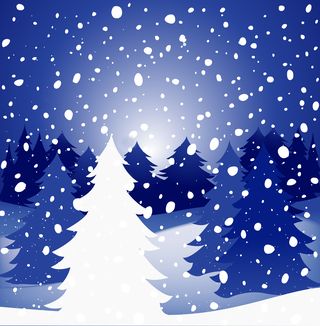 My stomach ached and rumbled and just didn't feel right.

Outside, snow fell, the second round of our first big snowstorm in five years.  (People always think we get a ton of snow here but we just don't.)

Inside, my two-year-old grandson roamed about the house doing what toddlers do. ("Read book.  Want naner.  Play legos!")  He was staying with us for three nights while his parents worked in southern California.

Suddenly, I knew I was going to lose it.  Into the bathroom to hug the toilet.   Back out to the living room to collapse on the couch.   The muscle soreness hit my entire body and I wondered how anybody endured such pain.

The snow raged.  The grandson wreaked havoc.  My husband didn't feel so hot, either.  We hung in there as best we could.

I lay on the couch and texted a friend with whom I was supposed to have a phone appointment.   Told her being sick was a good spiritual lesson because all I could do was be present.  Not that being present was much fun.

Even with all that being present, writing was the furthest thing from my mind.

It got worse.  I felt like I was going to die.   And then, suddenly, it got better.  (I'm convinced it was because my friend called Silent Unity for me.)  That night I felt more like my usual self and by the next day, I was nearly 100%.

But outside, the snow turned to ice falling from the sky (ice storms are one of our specialties).   My daughter and son-in-law's plane flight home got cancelled.  She was desperate to see her boy and rescheduled.

Much worry as they landed in the teeth of the ice storm.  All public transportation shut down.   Except, thank God, for cabs.  They stood in line for an hour to nab one and shared it with a man who worked for the television show Grimm.

And made it to our house where they stayed put.

By Sunday, I felt that antsiness that signals I'm not writing.  The world felt out of whack.  I sat at the computer and answered the five thousand emails that had piled up.  Downloaded a program about Qi Gong I'd bought a month ago.  Did some odds and ends, none of which added up to any writing.

And then, when I finally had time to get back to my writing, there came that edgy feeling.  What am I doing? How do I do this?  Maybe I should be doing something else.  I can't do this.  Why did I ever think I could write?

But then, slowly: one word, and then another.

My fingers flowing across the keyboard.

All is right with the world.

How do you get back to writing after an interruption?  Please share in the comments.

***If you are feeling up to snuff, how about a contest?  My friend Jeffrey Walker is sponsoring one that will not only win you prized, but also help clarify the message of your story (book, course, or brand). The idea is that we writers often overthink things (who, us?), so Jeffrey urges you to distill your message to six words. Go here to join the fun.