Yeah, I know.  It’s November and you’re holed up in your writing cave.  Because, NaNoWriMo.  You’ve got words to write! 50,000 of them, to be exact! And even if you’re not participating in that NaNo thing, you’re doing your best to get tons of words on the page every day because that’s what we writers do. 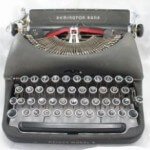 And so, I hear you saying that you cannot step away from your computer.

But I’m telling you that you must.  That it is healthier for you and your writing to get out and about once in awhile.  And in case you’ve forgotten what that looks like (I had a writing friend who invented excuses to go to the grocery store so she could talk to the clerks) here are some suggestions:

Go to a writing event.  Okay, so these don’t exactly fall out of trees.  But even when they are available, we sometimes don’t take advantage of them.  I’ve been to two recently: Poets & Writers Live, and Wordstock, our version of the Southern Festival of Books, albeit in a pasty Northwest its-pouring-down-rain-out-there-not-sunny-like-in-Nashville kind of way.  Each was very different, but each had something that inspired me, educated me, or reminded me why I write.

Join a critique group.  This will get you away from you computer on a regular basis–weekly, bi-weekly, or monthly.  And it will have the added benefit of gaining you readers for your work.  We all need readers for our work, precisely because we sit in our little caves and write and get way too close to our work.  You can find one by contacting your local writing group (most every city and region has one) and/or looking at the Meet Up site. 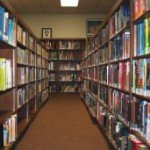 Go to the bookstore.  If you’re anything like me, you spend more time on the internet looking at books than in actual brick-and-mortar stores.  But remember the pleasure of whiling away an afternoon in a book store, looking at books?  Its one of the best ways to spend the day ever.  And if the sight of all those author names on books doesn’t inspire you, nothing will.

Have a writing retreat.  Why, I just happen to know about one happening in Nashville in January.  It’s called Room to Write, and I’ll be there to guide and encourage you and talk about how to keep a writing practice going over the long haul.  Terry Price and Janet Wallace will also be on hand, but mostly you’ll have lots of time to write.  Even if you can’t come to Nashville, you can create your own writing retreat.  Find a cheap motel or an Air BnB nearby and hole up.  Band together with some writing friends and rent a vacation cottage (inexpensive in the off season).  Banish your family and hole up at home for the weekend.

Take a writing workshop.  There are plenty of them around. Try your local community college.  They usually offer a plethora of continuing education classes.  Check with your local writing group.  Ask the Google to find you some local private instructors.  Or, I don’t know, you could come to France with me next September.  (You can read about this year’s adventure here.  I’m in the process of posting info for 2016, and it will be up shortly.  But email me if you’re interested and I’l send you the brochure.) 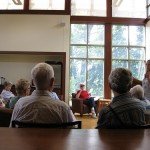 Take an online class.  Okay, so you’ll likely have to sit at your computer for this.  And its not quite as good as getting out and about in the world.  But it might be a good chance to meet some other writers and learn stuff, too.  There’s a ton of them out there, and I predict there will be a rash of new ones starting in January.  Again, consult the Google.

Do something fun and forget about it.  Sometimes the best thing you can do is take the day off.  Yeah, it is best to have a regular writing practice, but taking time off can clear your mind and allow room for new ideas to emerge.  Julia Cameron recommends people take Artist’s Dates, wherein you go off on your own and do something that you enjoy, whether that’s swinging in the park or visiting an art gallery.  One’s writing brain does need replenishment once in awhile.

So, how about it?  What do you do when you have been sitting at your computer way too long?

*Remember, way back in the day when some car alarms didn’t shriek a loud, horrible noise, or honk their horn, but instead intone in a very deep voice, “Step away from the car” over and over again? I do.  And that phrase is forever embedded in my memory.

Photo credits (all are from everystockphoto): 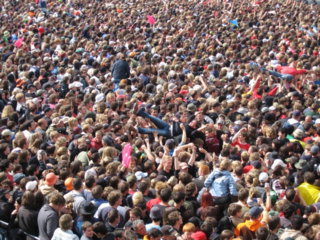 The crowd of writers probably will not be quite this rowdy.

As you read this post, I will be attending the annual Associated Writer's Programs conference in Seattle, more commonly known as AWP.  Rumor has it that 11,000 writers will be there, though I'm a bit suspicious of that number.  (I've had numerous people, writers among them, ask me what on earth an AWP is, so here's an explanation: it's the organization that all the university writing programs belong to, and it also hosts a massive book fair of independent presses and journals.)

I've been to AWP four or five times in the past, in such disparate locations as Baltimore, Chicago (twice) and New York City.  It is always a blast to be around a bunch of other writers (the bars are crowded all day long) and wonderful to sit in on various panel discussions and presentations.  One year I even presented on a panel–biggest crowd I've ever spoken in front of, and it was pretty great.

Anyway….all this has got me thinking about how important connecting is to writers.  After all, independent ad solitary by nature, we like to sit in our rooms and write, so connecting may not be uppermost on your list of goals.  But I've always found that writers, once they get unchained from their desks, are the most interesting people in the world.  That's reason enough to connect with other writers, but you'll also find a sense of belonging that only talking shop with other knowledgeable souls can bring.  When you get stuck or discouraged, or face another rejection, you'll know someone you can call on who will understand.  (Because, let's face it, non-writers just don't get so many aspects of our lives.)

I've had several students and clients, though, ask me how they can get connected to other writers. This post is my answer.  Here you go:

1.  Conferences.  These tend to be big and glitzy and lots of fun.  You can take workshops on all aspects of writing, meet agents and editors, and kibbutz with other writers.  Some conferences also offer workshop components.  Many conferences tend to be held in the summer, so now is the time to plan to attend.  Look to Shaw Guides, Poets & Writers, Writer's Digest and The Writer for information on writer's conferences.

2. Workshops.  I'm arbitrarily naming these workshops, for gatherings that will be smaller and more intimate. While a conference may host hundreds or even thousands, a workshop can be as small as 6 participants.  Most often, there is a teaching component as well as a chance to share and discuss your own work.  I offer workshops through my business Let's Go Write, and our next one, in September will be in Pezenas, France.

3.  Retreats.  Many organized retreats for writers exist.  I used to be on the staff of one in Nashville that featured a few scheduled events and lots and lots of time to write.  It filled up every time we held it! There's something about getting away from your ordinary life that encourages writing.  If you can't find an organized retreat to your liking, create your own–hide out in a motel room for a few days, or rent a room for AirBnB.  It doesn't take much to make a writer happy–computer, pen, notepad and lots of coffee and you're set.  Okay, maybe some wine for the end of the day, too.

4. Ongoing Writer's Groups.  I'm talking about critique groups that meet to discuss work.  Some are led, i.e. you pay someone money to guide the evening, and others are informally organized.  I'm a huge fan of these.  I've belonging to two very-long running groups, one informal, the other led and I actually co-lead a group now.  I also belong to a small ( 4 person) informal group that I organized last year.  Not only will you get some good feedback on your work, you'll most likely make a few writing friends as well.

5.  Beta Readers.  Many writers I know make a habit of assembling a group of beta readers to send their work to when they've finished a draft.  This may not have quite the same degree of connection as in-person contact, but it is still a form of community.

6.  Crit Partners.  Other writers limit their criticism to one crit partner.  I can't speak to this process or how it fosters connection as I've never done it, but I hear good things about it from others who have.

7.  Local Writing Associations.  Here in Portland, we have two largish and very active writing associations who sponsor conferences, regular meetings with speakers, workshops, and readings. When I first started writing years ago, attending Willamette Writers meetings is how I first met other writers.  From there I became active in the group, found an ongoing writer's group and my path was set.

8.  Readings.  Most bookstores offer regular readings.  Go attend them!  Not only will you be supporting other writers, but there's a good chance you'll meet a few while there.  At the very least, you'll hear some good words being read.

9.  Classes.  And, of course, you can always take a class.  The first writing class I ever took was at a local community college, led by the wonderful (and under-read) Craig Lesley.  That was where I first experienced a workshop-style reading of my work.   There are many private classes as well, and don't forget certificate programs such as the one I teach at, The Loft.

10. Online friends.  Through Twitter, other social media, and this blog, I've made many connections with other writers that I treasure.  Don't be shy–dive in!  I love the way I can communicate with other writers I'd never otherwise meet online.

So those are the ideas that spring to my mind.  What about you?  What are you favorite ways to connect with other writers?