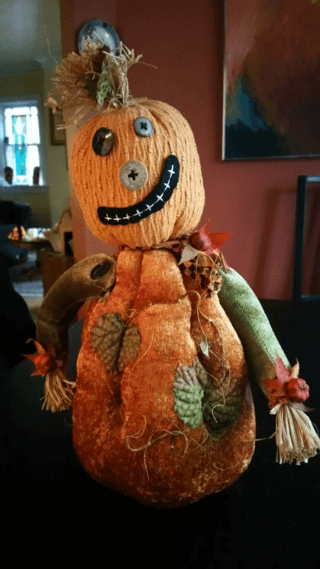 And so we come to the beginning of a new blog feature called Otherwhere.  (It's a word, for real, I found it on Thesaurus.com.) In my travels around the internet, I find lots of interesting things that I post on Twitter, or once in a blue moon, on Facebook.  But I've realized that you and I might not connect on those sites.  (Though we should.)  So I decided to save up the links during the week and share them here.  Sound good?  Okay, let's get started:

Puzzled as to how to write a compelling beginning? Janice Hardy of Fiction University has you covered.

And here's another Janice Hardy post.  Do you have a book of your heart?  I do.  It's my MFA book, the novel I wrote while studying fiction  for two years, Language of Trees and I still love it so much.  But nobody else did.  Well, that's not true.  Readers did, but the publishing world gave it a collective, "meh."  Anyway, this blog post discusses why you should love the book of your heart–and move on.

I'm a Barbara O'Neal groupie. I love her writing and I read her monthly blog posts on Writer Unboxed avidly. Since I'm always trying to find time to get creating art of some kind into my life, the title of this post about Barbara's art days caught my eye.

I just moved my office, so I read Anne Wayman's article on Decluttering for Writers with interest.

Jane Friedman always has reliably good posts and I particularly enjoyed this one, on what it takes to be a career novelist.

Hankering for a writing retreat?  Author Joyce Maynard is now taking applications for the tiny house on her property.

And finally, here's a link to a post about Paris from one of my favorite Paris bloggers.  Because, Paris.  'Nuff said.

What interesting things have you found on your travels this week?

The photo is one I took of my favorite goofy Halloween decoration.  It's about the only thing I've managed to get up this year.

This morning, thanks to Karen Woodward, I was introduced to a series on ghostwriting a novel in 10 days by Dean Wesley Smith.

Dean Wesley Smith is ghosting a novel contracted by a major publisher for an author who is a bestseller and whose name would be recognizable to all of us.  (Yes, the world of ghostwriting is sometimes a shady place.)

He's set himself the goal of finishing the novel in 10 days, and along the way, he is documenting his progress with regular updates to his blog.  It's really worth reading.  Here are the posts so far:

And you might want to read this one as well:

When Smith says he writes fast, he means it–he gets up, gets to the computer (he uses two–one with no internet access and thus no temptations) and gets to work.  It appears that he writes in bursts, knocking off a 1000 words or so before taking a break to eat or answer email (at the second computer) or what have you. And then he rinses and repeats, on and on throughout the day.

But here's the deal: he's writing.  Not endlessly revising, not thinking about writing, not wondering if his work is any good (confidence is not this man's problem), but writing.

I think we can all learn a lesson from this.  I know reading his posts  inspired me and afterwards, I polished off the first draft of a short story I'd been agonizing over.  I'm sure I spend way too much time pondering deep thoughts and not actually writing. Even if we don't want to emulate every aspect of his practice, we can learn from parts of it.

Oh yeah, and guess what?  He starts out with no idea where he's going.  And he doesn't rewrite.  This draft will be it.

Here are things I noted/wondered about as I read:

–When does he take a shower?

–When does he exercise?

–He has a wife to cook for him.  Or someone.  Dinner magically appears.

–He probaby has a house cleaner as well.  There's no attention paid to such mundane matters.

–He's able to set his own schedule (stay up until wee hours of the morning, sleep until 1 PM).

But even with all that being said, his accomplishment is amazing.

What do you think?  Does this appeal to you or do you think he's a hack (he's got a gazillion novels to his credit)?  Do you write slow or fast?  I'd love it if you left a comment.

As you may have noticed lately, I've been fortunate to have a variety of guest posts and interviews having to do with the release of my novel, Emma Jean's Bad Behavior.  And today is no different.  Today I am featured over at Zan Marie's blog, In the Shade of the Cherry Tree.

Zan Marie and I met a couple years ago now as the result of a blog hop or a blog carnival or a blog fiesta–the exact event eludes me, but no matter, as we've been fast blogging buddies ever since.  I always love stopping in on her blog and reading about her ongoing writing process and I so appreciate her interview with me, which I very much enjoyed, and I encourage you to head on over there and read it.  I talked quite a bit about the submission process and what it takes to get a novel published.