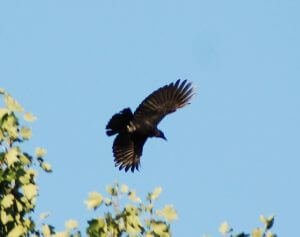 A friend wrote from Mexico last week. She said she was having a hard time letting go of the words she was writing.  There were sentences she liked in her essay and she didn’t want to delete them.  She suggested this might be something I’d like to write about.

And she was right. Letting go is one of my favorite topics.

I myself am not terribly good at letting go. You might even say I have a hard time with it. I carry extra weight. My house holds extra clutter. My brain is full of chattering monkeys at any given hour of the day.  And yet I’ve had the glorious experience twice in my life of spontaneously letting go of something that had been bothering me.

The freedom, lightness, and expansion that follows is astounding. In the aftermath of the letting go, you just don’t care. And not in a bad way. In a deeply peaceful way. You’re certain that whatever is to happen will be what is supposed to be.

How did it happen?How did I achieve this amazing state?  Beats me. I’ve tried to replicate it many times. And, of course, the essence of letting go is elusive like that. The more you try to force it, the less likely it is to happen. So while I’ve not been able to exactly reproduce these wonderful experiences, I’ve come up with some ways to at least deal with them. And I will talk about those as they relate to writing.

—Letting go of words, as in the situation my friend wrote me about.  You like those words you put on the page, damnit! And you don’t want to get rid of them.  The antidote: create a hold file, into which you carefully copy and paste those precious words and sentences. I do this for every project. And I can count on one hand the number of times I’ve actually gone back to the file and extracted something I’ve deleted. But it makes me feel better to know I’m not just flinging them to the winds of cyberspace.

–Letting go of negative self-talk, the kind that can keep us from the page and/or keep us from expressing ourselves once we get there. The antidote: well, this is a lifelong quest, so I don’t have one all-purpose answer. But I do have some suggestions. Meditation helps a lot. A lot lot.  Exercise helps, as does EFT (tapping) or any kind of work that helps you get out of your brain and frees you up to put words onto the page.

–Letting go of the actual work, as when it is time to submit to an agent or editor. The antidote: you just have to grit your teeth and do it.  Sorry.

Really, all three of these types of letting go are practices that we writers need to do over and over again So you might as well get used to the process. Oh, and if you’d like to read more about letting go in general, I found this article to be helpful.

Are you good at letting go? Or bad at it, like me? How does it affect your writing? Please leave a comment!

Photo from everystockphoto. I found a crow picture in honor of the crow who lives in the house behind me here in Ceret. You can see his photo here and here.

It was Sunday afternoon.  The first rainy day we've had in ages.  I had run around all morning: to church, to my sister's to pick up a European outlet adapter, and to the nail salon for a pedicure.  So, really?  All I wanted to do was relax.  Maybe doze on the couch.  Make some progress on the science fiction book I'm reading that is semi-endless.

But there was that project to consider.

A chapter for a client that I'd promised I'd get done before I left.

Said client is currently busy with other things and behind on reading the work I'm sending, and had made it clear that I didn't have to get her the chapter.

But I said I'd do it.   And the thought of how wonderful I'd feel upon my return, knowing that this project was done (except for rewrites) propelled me to my computer. So instead of lolling all afternoon, I worked.  Sat at my computer and wrote for three hours.  And I got the chapter done.

Nothing feels better than getting things done.  (Okay, maybe a few things top that feeling, but still.)

And I started thinking about this in regards to our WIPs.  I know at least one productive writer, Dean Wesley Smith, says that finishing pieces (and then sending them out) is the key to success as a writer.   As I've said before and I'll say again, it's so important to push ahead on a draft of your WIP because you're going to know  much, much more about your story when you get to the end.  It's just the way it works.

It is very easy to get caught up in making something, like a first chapter, perfect, and then not making forward progress.  I found myself doing this recently with my novel and I realized I was just spinning my wheels and I needed to move forward.  I do allow myself a tiny bit of editing because that seems to come with the territory of re-reading what I've written, but beyond that it is best to just keep plodding forward.

In order to facilitate that, I take really good notes, both on my intentions of where I think I'm going and from what my writing group says about my WIP.  Then, when I've finished this draft, I can go back and remember what I wanted to do.  Jess Walter, author of Beautiful Ruins, says that one of the best things you can do for yourself is keep a writing journal, a chronicle of your WIP.  John Steinbeck did this also, and you can actually buy his journals that he kept while writing The Grapes of Wrath and East of Eden.

But do not get so engrossed in your writer's journal that you don't finish your WIP!

So now I'm feeling like the proverbial weight has been lifted from my shoulders simply because I finished that project.   And I'm so glad I made the effort.

Update: I just saw this page of advice from writers and several of them mention finishing things!

What about you?  Are you good at finishing projects?

***Registration for the Book Proposals That Succeed Teleclass is now open!  Early bird pricing until September 15th, and the first three people who sign up get a free coaching session.

I often tell people that writing every day is an excellent way to build momentum. 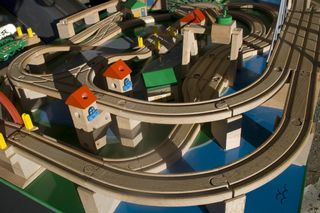 And then they look at me blankly and wonder why in the hell they need momentum, since they are writers, not rocket engineers.

I tell them (and I'm telling you now) that momentum is what gets the novel (or memoir, or article, or any writing project) done.

So, what exactly is momentum?

1. the product of a body's mass and its velocity

2. the impetus of a body resulting from its motion

Since we don't happen to be rocket scientists, its #2 and #3 we're after.  Power and strength derived from the impetus of a body's motion.  Or, sustained energy to complete a writing project.

Momentum is what carries us forward with excitement to the end.  Without it, nothing happens.

But what, exactly, am I talking about when I talk about momentum?  Here are some examples:

So, how, you may ask, does one achieve this wondrous state called momentum?  Here are some suggestions:

PS.  I'm trying to make my posts easier to navigate, so do you think the bolded words are helpful or a distraction?

PPS.  (Or is it PSS?) Don't forget to sign up for my bi-weekly free newsletter, and get yourself a copy of my Ebook, How to Jumpstart Your Book With a Vision Board.  It'll help you with momentum to get the book going.