I woke up this morning with this post in my head and even though it was only 5:30, I jumped out of bed, 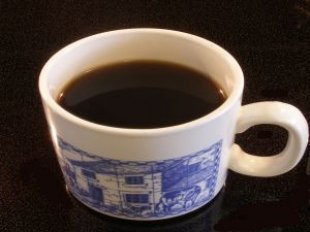 grabbed a cup of coffee and started in.

Yesterday a character began talking to me.  I've had this character in my head for a year, making notes about her along the way, but I didn't have her voice.  Until she suddenly started talking to me.  I grabbed my Moleskine and started writing as fast as I could.

All of a sudden my brain is engaged and inspired.

Which is a good thing, because lately I've been wafting.  Drifting about the house when my work with clients is done.  Thinking deep, non-writing related thoughts.  Knitting.  Reading.  Sighing heavily.  Vacationing.  Wafting about some more.

It is amazing how easy it is to fill hour upon hour with wafting activities.

Meanwhile my office is still in the same awful, disorganized mess.  I've got projects I want to start, ideas for blog posts written down, inspirational business CDs to listen to.  And let us not forget a garden to put to bed for the winter, and a mountain of papers from my mother's house to sort through.

But instead I've wafted.

The good news is that this time I've been easy on myself because I had a pretty good idea why I was wafting.  After all, I recently finished a novel I've been working on for four years.  Like, finished finished it.  As in done to the absolute best of my ability.

During the time I worked on that novel, new ideas often came to me but I didn't feel I could devote myself to them, so they went in my journal, or my idea file.  I figured when I was done with my novel I would get started on them.

But instead, I wafted.

I expected a bit of wafting.  Generally when I finish a project I'm excited and I think, at last, I can read that book, take that hike, start that knitting project–all the things I've put off as I finish up.  But then when I'm actually done, suddenly nothing appeals to me and I wonder what I was so excited about.  But that usually only lasts a day or two.

This time, though, I've been mega-wafting on a grand scale.  So my new theory is that the amount of wafting one does after completing a project is directly proportional to how long the project took to finish.

And I'm happy to report that the wafting seems to be over, or at least diminishing.  Creativity takes its own time, its own shape, its own form, and while we can nudge it along the way, sometimes the best thing to do is just allow it to happen.

0 thoughts on “A Writer’s Inspiration”