I spent yesterday afternoon writing copy for my website. 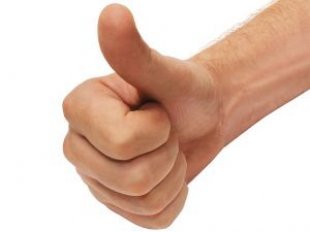 Seeing as how this is a chore that's been hanging over my head for a year, it felt good to finish it.  And the way I finished it was to tell myself that good was good enough.

Perhaps it sounds strange and counter intuitive for me to say that.

After all, we writers tend to be a perfectionist lot. And in order to get the attention of an editor or agent, our prose has to be perfect.

I agree.  I've argued this point many a time with civilians (aka, non-writers), who wonder why I obsess over making sure that my novel manuscript is as perfect as it can be.  "It doesn't matter," friends have argued.  "Because if they like the story, they won't mind a few typos here and there.  They'll clean it up for you."

What they will do, however, is take one look at the typos and pitch the manuscript over their shoulder, never to be looked at again.  Agents and editors are far too busy to waste their time on someone who submits a less than perfect manuscript.  This holds true for literary agents, book editors, and all those magazine editors who you're sending your articles and essays to.

So here I am, contradicting myself.

With good reason, because there's a difference between web copy which, at least for me, is going to change as my business changes, and a novel which is going to be published without changes for many years (if I should be so lucky).  There's a difference between a blog post, which is meant to reflect a certain dailiness of life, and a carefully crafted magazine article.

The finished novel goes through many good enough drafts before the final one is reached.  Blog posts can be edited even after they are posted.  A website can be changed and added to and subtracted from.

Many a creative project and idea has been stifled by perfectionism.  So don't let that happen.  Instead, allow things to be good enough.  And then take them to a new level of good enough.  And another, and another, until you have something that truly sparkles and shines.

When is good, good enough for you?

0 thoughts on “Good is Good Enough”