Years ago, I heard Margaret Atwood speak.  She announced that she was going to share the secret to writing, and that, indeed, there really was a secret.  The audience, composed largely of writers and readers, hushed, thrilled to be present at such an important moment.  The secret to writing revealed!

"It's conflict," Margaret Atwood hissed.  It was a pleasant hiss, but a hiss nonetheless.

And so, in case you hadn't guessed, the C word of the title is conflict, the life blood of every writer, the true beating heart of every story, just as Margaret Atwood said.

And conflict is the very thing we all do our best to avoid in life.

Makes for an interesting dichotomy, doesn't it?

I'm paraphrasing here, but Kurt Vonnegut's advice to writers was to make sure your characters want something, even if its just a glass of water.  And then don't let them have it.  Because:

Desire + Obstacle to Getting It = Conflict.

And yet, when I coach people in non-writing endeavors, the number one thing they are trying to accomplish is to reduce the conflict in their lives, one way or another.  This brings to mind a pithy piece of advice that Julia Cameron imparts in her book, The Artist's Way: put the drama on the page.  She writes (and speaks of in person) a time when her then-husband (she doesn't name names, but it was Martin Scorcese) was gallivanting around Europe with a hot actress while she remained back home with the baby.  Fortunately, this was pre-internet days so she didn't have to see their images plastered all over TMZ.  But unfortunately, she had plenty of friends sending her newspaper clippings. Her response was to put her trauma into her creativity.

Put the drama on the page.  Makes perfect sense, doesn't it?  You need conflict in your writing and you don't need it in your life.  Simple solution: take it from your life and put it on the page.  I've had this in mind because I got Fannie Flagg's new novel for Christmas.  It's called I Still Dream About You and its pretty good.  Its a page-turner because she writes in short chapters, creates compelling characters, and most importantly, gives them plenty of conflict. 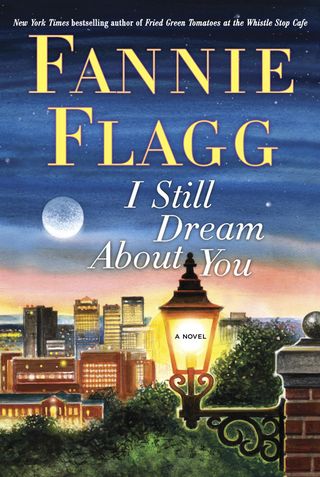 And here's the deal: her characters have fairly run-of-the-mill lives.  They aren't out saving children in Africa or cutting deals on Wall Street.  They are, except for the Little Person who becomes a real estate magnate, fairly ordinary people living in Birmingham, Alabama.  But she finds a way to create tons of conflict in the moment to moment dailiness of their lives.  And we can all learn from this.

For instance, one of the characters loves to eat and needs to lose a few pounds for her health.  She lives with her sister, who is a nurse.  And, of course, since the sister is a nurse, she's a bit of a nag about health problems.  As we first meet Brenda, she has "accidentally" eaten all of her sister's carton of ice cream, and sis is due home from work soon.  So Brenda puts a box of cheerios and some bananas in a paper bag (we know not why) and heads out the door to find a replacement carton of ice cream.  But then the first store is out of it, so she has to go to a second store, and while she's at the second store, she notices that the yogurt place next door is open so of course she has to get some, and then there's a long line…and by the time she gets home, her sister's car is in the driveway.  Ah, but never fear, she puts the ice cream carton in her purse and walks in the bag of cheerios and bananas.  When her sister asks where she was, Brenda answers that they had nothing to eat for breakfast.  See how much conflict she's managed to get into Brenda's every day life?  And that conflict keeps the reader turning pages, even just to find out if Brenda will make it home before her sister.

The next time you're writing a scene (and this applies to non-fiction just as much) see if you can't get more conflict in.  Think about giving your character even the simplest of desires (a glass of water) and see how many obstacles you can put in her way, like Fannie Flagg does.

If you need help falling in love with your life, or your writing, check out my Get Your Writing in Gear sessions.  And if you need ongoing help, I'd love to talk to you about that, too.  Just email me at charlotte@charlotterainsdixon.com.

Photo of Marine by slagheap, from Everystockphoto.com.  I snitched the photo of the book cover from the Random House site, but I don't think they will mind, seeing as how I'm promoting their author's book.

4 thoughts on “Writing, Life, and The C Word”