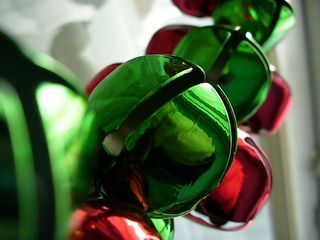 Update:  Amber Hart is the recepient of the coaching session!  Amber, email me and we'll discuss details.

For the entire Christmas season, I've walked past the Salvation Army bellringer by the front door of my grocery store.   He's a cheerful sort and always greets me.  I smile and say "hi" back.  And I shrug and say "Sorry, I can't contribute because I never carry cash." And then I walk on.  I go about my way, feeling guilty but not guilty enough to do anything about it.

Until yesterday.  When I finally went out of my way to make sure I had cash I could contribute and I ran back to put $20 in the bucket.

Because of Sandy Hook.

Because it was my first act of kindness to honor the memory of the children who died there.

Yesterday, newswoman Ann Curry tweeted her #20Acts idea–that each of us could commit to doing 20 acts of kindness to memoralize the Sandy Hook children.  I thought it was a great idea which would aid me in turning the helplessness I felt into some kind of action.  And so I tweeted about it and then went to take a shower.

Upon my return, I had a tweet from a producer at NBC News, saying he wanted to talk to me about my tweet.  This may be hard for you to believe, but in many ways I'm a very private person.  And the thought of being on TV terrifies me.  Is there a stronger word than terrify?  Because if so, that's the word I'd actually choose.  However, I had just written and published my post on choosing the word fearless as my word for 2013.

And so, heart pounding, I emailed him.  My phone rang literally three minutes later and I had a nice chat with this man.  He was working on a story on the #20Acts for the news that night or the next.  But, here's the deal.  He ended up not interviewing me, because I hadn't done anything yet.  Granted, it was still morning in my time zone, but I didn't even have any plans formulated that I could share with him.  (I hasten to add that he didn't exactly tell me this, but I inferred it by our conversation.)

How lame is that?

I've been thinking about acts of kindness every since and I've realized that in a weird way, they are linked to being fearless.  Because sometimes being kind feels scary.  What if the person you're being kind to rejects your overtures?  What if you end up looking silly?  What if it makes you feel uncomfortable?

What if we all make an effort to find out if these fears are true?  (Because, you know, they really aren't.)

This morning I thought and thought about what my next act of kindness would be.  And I realized that I don't have much to give, but I could give what I do have–and that is a coaching session.  I will read up to 20 pages and discuss them with you in a phone conversation.  Or we can talk about overcoming writer's block.  Or whatever you want.

I wish I could give a coaching session to every one of you.  But I can't.  So I'll choose one person in a random drawing from the comments.   I'm asking you to leave a comment detailing an idea or two for an act of kindness that you can perform.  This will give the rest of us ideas, too. I'll draw a name on Friday and announce the recipient on the blog that morning.

I look forward to reading what you plan to do.

PS:  Many people are now changing the hash tag to #26Acts of Kindness, to also honor the teachers who died and I'm following suit. But in the interest of journalistic integrity, I do note that the original idea from Ann was #20Acts.

Note: only the commenters who actually write about an act of kindness will be entered in the drawing.  The idea is to spread this and encourage all of us to take part.  You don't need to have done the actual act yet, but please plan on doing it for certain.

4 thoughts on “26 Acts of Kindness, One of Which is a Giveaway”