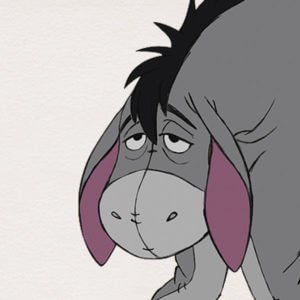 I’m working on a book with an awesome client and we have the best conversations as the book flows out.  We talk about a lot of spiritual and universal principles as she tells me her story.  One anecdote she told me last week has stayed with me. There was a time when she was confused as to where to go next in life and business, and walked around saying this exact thing to herself, and anybody who would listen. Until one day it occurred to her to reframe that story and instead talk about how she knew exactly where she was going and what to do next. And, ultimately, a mega-successful business was born.

Now the idea that you get what you think about isn’t exactly new news.  But sometimes you have to be hit over the head with a concept numerous times before you really get it.  So I’ve started to watch how often I lament over my writing, saying things like:

The publishing world is so slow and elitist.

I can’t figure out where my story is going.

I can’t write every day.

And so on. Eeyore statements. (You remember Eeyore from Winnie the Pooh, don’t you? He’s the gloomy old donkey whose head is always hanging down.) I’m sure you can add a few of your own.  So lately I’m trying to catch myself at these and turn them around. The trick is, of course, you have to become aware of them. For many of us, this attitude is so ingrained we don’t even realize we’re thinking/saying them.

Even if it doesn’t make a whit of difference in the ultimate scheme of things, and I’m convinced it does, looking on the bright side will make you a happier writer.  (Because who needs all that negativity?) And if you’re a happier writer, you’re happier in all areas of life, right? Right.

What are your favorite Eeyore statements? Please share in the comments.

And remember, there’s still one spot left in the France retreat! We had a last-minute cancellation. And by the way, flights to Europe may be cheaper than you think–so if you’re at all interested, check it out.

0 thoughts on “The Writing Reframe: Ditch Your Eeyore Statements”