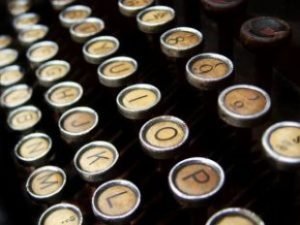 I spent last weekend going through my novel, The Bonne Chance Bakery. My agent is about to submit it to some editors again and she suggested I might want to read through it.  I hadn’t looked at it since last August, when I rewrote it.  So I said, yeah, I’d take a glance.

I’m really happy with the overall state of the book. The rewrite I did last summer is the best yet, reversing some of the horror of the previous revision and adding in new dimensions to the characters and story.  But I could not believe some of the terrible mistakes I repeatedly made. I offer them to you as cautionary examples. Such as:

–My main character, Madeleine, waffles. She says things like, I was fairly certain, when she could just use the word certain. Or, it seemed a bit like. C’mon, Mad, be direct!  All her statements are modified, pacified, dumbed down, softened.  (Have to admit, I was on the lookout for this because I’d read in The Bestseller Code that characters in bestselling novels were strong, direct, not afraid to have opinions or take action. Once I started looking for how Mad acted, I cringed over and over again at how she weakened herself.)

–I over explain. Instead of trusting the reader to get it, already, I hit them over the head with what I’m telling them. Over and over again.

–I write one sentence too many. (Similar to above.) I’ve written what I need to write, and then I write more. Sigh. JUST IN CASE YOU DIDN’T GET IT.

My clients are laughing as they read this, because I would never let them get away with doing any of these things!  I was never able to see them before because I was too close to it. Oh, and let us not forget the Wordstrumpet Hall of Fame for words that are used so many times they need a new warranty:

And (swear to God, I start every other sentence with it)

One of the things I found helpful was paying attention to the Word grammar suggestions. Sometimes they are laughable off the mark, but they also showed me how often I used “in order to” when “to” would do just fine.  And there may have been a few unforunate instances of using not one, but two adverbs together in a sentence. Such as really miserably. Oh God, I’m hiding under my desk at the thought!

The moral of the story is twofold: letting your work sit for a while is a good thing, and yes, those people at Microsoft know at least a few things. Or, use whatever tools you got!

What’s your worst writing habit? Leave a comment so we can revel in it together.

And please don’t forget connection calls! I’m loving connecting with you guys. You can go here and book an appointment directly.