A client mis-interpreted a suggestion I made for her this week, and it got me thinking about some of the critiquing terms I use, which at times are slightly odd.  And since this is a blog about writing but most of the time I write about mindset, motivation, and inspiration, I thought it might be nice to actually do a post about something writing-ish. 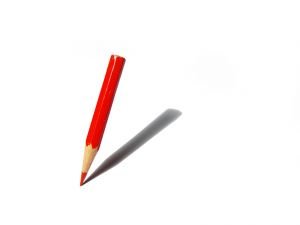 So here's a list of common phrases and words I use when critiquing:

1.  Fleshing out.  As in, put more flesh on it.  Add some heft.  Expand the scene or description or dialogue.  Make it come alive so I can see it.  Interestingly, we generally think that revising is a process of paring away.  I find most often it is a process of adding on.

3.  Root in scene.  Have you ever read a manuscript where there's lots of action and dialogue but you have no idea where the characters actually are?  This is another common problem.  The fix is to go back to the location through a line of description or action every so often.  Such as, "She set the glass down on the table."  Just one line here and there can help to root the reader in the scene.

4.  G.D.  No, its not a swear word, its an abbreviation for Go Deeper.  You need to get in to the paragraph and pull it apart.  Really get to the meaning of it.  Enter the spaces between the sentences and find out what's going on.

5.  Make scene.  This is just what it sounds like.  You've probably had a long thread of narrative going and now you need you some scene.  Put the characters in action in real time, like something you'd see on a movie screen.  And now you have yourself a scene.  It is the difference between showing and telling.  Readers like showing much better.

So those are my top five critiquing phrases.  What words and phrases do you use?  Which ones have you come across?

On Friday, I wrote about the writing process, and talked about the importance of allowing yourself to write a rough or discovery draft. 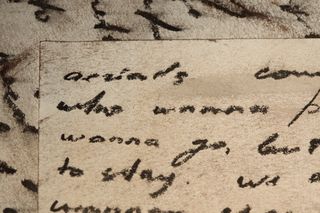 A question that comes up, and I've had quite a discussion about this lately with my separated-at-birth-sister Candace, is what happens if you are in a critique group and working on a discovery draft.  You want to bring your writing in to get some sense of guidance, and yet you're working on a rough draft, which is going to be, by its very nature, rough.  So do you go back and labor over every scene or chapter after the group has critiqued it? Or should you just not take your work in yet?

There's a fine line here.  I'm a huge fan of writing groups, I could not exist without the one I'm a part of, and I think you sometimes have to guard your work in the early stages.  Because far and away the best thing to do is write one entire draft from start to finish, without getting hung up on making scenes perfect along the way.  Why?  For a couple of reasons:

Should you want to take your rough/discovery draft into your writing group (and I do this all the time), follow these guidelines:

1. Make it clear that this is a rough draft and that comments should be made accordingly.  In other words, readers do not need to dissect sentence structure and word choice at this point.  Have them comment on big picture things, such as if the plot is making sense and characters are acting congruently (which they probably won't until future drafts, but you can start to see where they go astray).

2.  Apply what you've learned from critiques to future scenes and chapters.  If readers say your dialogue sounds wooden, experiment with making in more natural as you continue to write new scenes.

3. Consider presenting the work in bigger chunks, if the format of the group allows this.  It is often easier for readers to follow threads and throughlines if they can read several chapters at once, as opposed to reading one chapter in isolation.

4.  Take good notes.  I have one notebook dedicated to notes about the current project, and I take notes as I listen to the critique.  As soon as I can when I get home, I go over the notes and make certain I understand them.  I scribble a few ideas about how I'm going to utilize the changes.  And then I go back to making forward progress on the draft.

5. Don't take it personally.  It's about the work, not you.  If you internalize any commentary in a personal way, you'll not be able to carry on with finishing the draft.

All right, time for you guys to chime in.  How do you deal with writing a rough draft?  With taking criticism?

And stay tuned, because over the next few posts I'm going to be discussing each phase of the writing process in depth.

Photo from Photl.  Yes, I've found a new source for photos.  Don't fall over in your chair.

For this week's Friday Fun, we have another wonderful guest post by my dear friend Linda Busby Parker.  You may remember that Linda recently wrote about the value of networking for writer, which post you can read here. 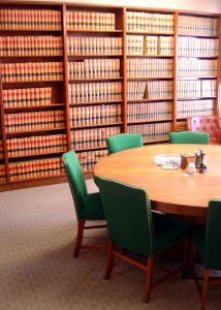 Time to think of summer writing conferences! For anyone seriously interested in creative writing, summer conferences are a must. Many writing groups take the summer off and the members of those groups might feel as if they are wilting in the long, hot months of June, July and August. Summer writing conferences serve as well-springs to keep the writing life flourishing during those dry summer months!

Where can a writer locate summer conferences? A first stop is on-line: SHAW GUIDES TO WRITERS CONFERENCES AND WORKSHOPS.  Any writer will find more conferences there than she/he can possibly attend. Conferences are also announced in POETS & WRITERS, the WRITER’S CHRONICLE, and some of the other writing magazines including WRITER’S DIGEST and THE WRITER. State humanities organization also maintains lists of writing conferences and festivals within individual states.

There are conferences and workshops for every kind of creative writer—memoir, short story, poetry, novel, stage and screen writers, children and YA writers, Christian writers, environmental writers, and so many more. Every conference has its own format. Some offer just a workshop format where writers submit their work for critique. Others offer a combination of lectures, panels, and workshops. Other conferences offer not only the lectures, panels, and workshops, but also bring in agents and editors. Be selective! Choose the conference that’s tailor-made for you at this point in your writing life.

Some conferences are difficult to gain admission. Top on the list of difficult are: Bread Loaf, Sewanee, and Squaw Valley. Workshop critiques at these conferences can be extremely penetrating and caustic. These might not be the best conferences for those writers not open to the critique process.

Conferences can also be expensive. Tuition ranges from $150 to $1500 or more. That’s another reason for reading all information carefully and selecting the conference that’s best for you. What do you as a writer need to get out of a conference this summer? Think about your own writing needs/desires before selecting a conference.

Linda Busby Parker is author of the award-winning novel, Seven Laurels and is a professor of writing at The University of South Alabama in Mobile. She also teaches in a low-residency program in Continuing Education—The Writers’ Loft—at Middle Tennessee State University. Her blog is www.lindabusbyparker.us

Geez, things change in an instant.   David Cook is no longer the front-runner to be the next American Idol (but I still think he should be, because he has way more artistic integrity than the pipsqueak David Archuleta and I voted for him a gazillion times anyway) and suddenly the TypePad interface is completely different.  Cool, but completely different.  It always takes me awhile to embrace changes like these.

The above was the Change is Scary part of this post.  Now we get to the important part–the Praise is Good part.  The wonderful Lori devoted an entire blog post to me today.  (Pause for applause, please–I found the new make a link button and guess what?  You can now open it in a new window.)

Lori won the contest I held awhile back and at first she was going to take a free coaching session as her prize but then she decided to take me up on my offer of reading the first 20 pages of her novel.   It was an absolute pleasure to read her work but I always hold my breath a little after I deliver a critique.  When I read a writer's work I do my utmost to be scrupulously honest and also supportive and encouraging.

The MFA program I attended operated on the principle that a supportive environment is just as good, if not better, at turning out fine writers than a harshly critical one and I like to uphold those values in my own teaching.  However, what might seem supportive and encouraging and honest to me might read as scathing to you–particularly if you are not used to have your work critiqued.

My most favorite response to a critique is when someone says that it inspired them to get back to the project with renewed vigor and that is what Lori said today.  So I'm basking just as much as Lori is today–its what makes this work I do worthwhile.

Let me also mention the other winners of the contest.  Lauri also sent me the first chapter of her novel and it was great, too.  I don't know what it is with the talented Lauri/Loris who read this blog, but I'm grateful for them.

And finally, I owe Jen and BellaVida coaching sessions.  Email me, you guys!