I was offered the chance to review Second Sight and leapt at the chance because of the subject matter- intuition.  I'm always curious about intuition and looking for new ways to access it.  Reading this book got me jazzed about working with dreams and re-charged my meditation practice.

The author, Judith Orloff, came out of the intuitive closet to first write Second Sight in 1996.  Seeing as how she is a practicing psychiatrist and has been on the staff of the UCLA Medical Center for years, this was a courageous act.  At the time, many people linked the faintest whiff of intuition with tacky psychics you access on 800 numbers.  Lots has changed since then–lots and lots–and so Orloff felt compelled to bring the book out in a new edition with a new foreword.

I'm glad she did, because I missed it the first time around and I really loved this book.  It is part memoir and part guide to encourage more intuition in your life. The first section of the book tells the story of her life, beginning with an amazing near-death experience that she had as a teenager.  This only added more confusion to her rebellious life.  The daughter of two prominent LA physicians, Orloff had been having visions, dreams and premonitions since she was a young child.

When Orloff told her mother of her visions, she was told in return that she needed to grow a thicker skin, or any of several similar comments common to the time.  So Orloff tried to ignore her intuitive gifts and buried herself in a life with a strict allegiance to science, becoming a psychiatrist.

And then one day Orloff ignored what her inner voice was telling her about a patient–and that patient tried to take her own life.  Had Orloff listened to her intuition, she would have realized the serious state of her patient's mental health, and perhaps have been able to circumvent the suicide attempt (luckily, the patient survived).  This experience sent Dr. Orloff into a tailspin during which she reconsidered how she had turned away from her intuitive gifts, and from this point on, she learned not only to improve them, but how to use them in her practice.

The second half of the book offers a guide to how readers can start to use their intuition, too.  She writes about dreams, including psychological, guidance, precognitive, and healing dreams, and explains how to keep a dream journal.  This chapter got me interested in writing down my own dreams again.  I've been of the opinion lately that I can't remember my dreams, which is in a way a form of laziness. Instead of lying still upon awakening to remember my dreams, and then taking the time to write them down, I hop out of bed, eager to get to my cup of coffee.

In her chapter on intuition in everyday life, she writes about synchronicity, deja vu, and intuitive empathy.  Orloff offers ways the reader can encourage their own empathy through meditation, setting up an altar, and the power of ritual.  As she says about meditation, "Intuition flourishes when you give it a space to grow.  Meditation can provide this."  Her enthusiasm for mediation has, as mentioned above, pushed me to return to it with renewed vigor.

I truly believe that writers benefit every day in a variety of ways from accessing their intuition, and this book gave me fresh insights into how I can access my intuition and use it in service of my creativity. If you want to be an abundant writer, you'll want to be in close touch with your intuition. You can read the post I wrote specifically about using intution in writing, inspired by my reading of Second Sight, here.

Today is a big day, with the re-release of Second Sight being celebrated with gusto on Orloff's site, so see below for info on how to take advantage of this.

GET your copy of Second Sight ON MARCH 1st and
receive 80+ GIfts from amazing teachers such as Dr. Joan Borysenko, Rev.
Michael Beckwith, and Deepak Chopra, and Shirley MacLaine at http://www.drjudithorloff.com/second-sight-promotion/

I'm reading a book that I'm going to review here as part of a blog tour for the author.  The book is called Second Sight, by Judith Orloff, and it is a memoir/self-help book.  I'm getting a bit ahead of myself here, because the review isn't slated until March 1st.  I'll be writing much more about it then, but I wanted to discuss one aspect of the book today.

That aspect is intuition. 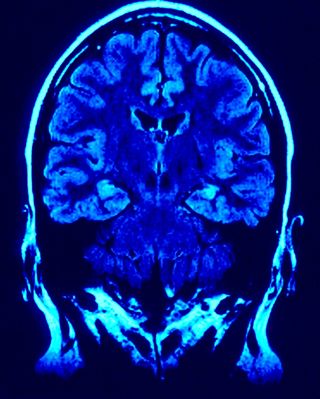 Judith Orloff, you see, is an intuitive psychiatrist.  She's no slouch, either.  She's been in private practice forever and is faculty at UCLA.  She's one of the towering figures in the area of uniting intuition and traditional medicine.  I wanted to read the book because I was interested in learning new ways to utilize intuition in my writing.

How much do you use intuition in your writing?

If you'd asked me that last week, I would have answered, a ton.  Because I believe strongly that establishing a regular practice of connection–one form of intuition–is the bedrock of all writing and creativity.  But after reading and copying one of Orloff's techniques yesterday, I think I've been missing out.

Orloff talks about remote viewing, which is essentially tuning into someone or something far away.  I could go on and on about some of the fascinating stories she tells, but I will save that for the actual review. (Brief aside: my Welsh friend Derek and I experimented with remote viewing just for the fun of it, sending photos back and forth and trying to hone in on what they contained.  The results were sometimes astoundingly accurate.)  She used remote viewing to try to tune into her patients and so forth.

I decided to play around with the process  she used, and after wasting spending a few minutes attempting to tune into friends near and far, I applied the process to the characters I'm working with in a new novel project.

Note how I call it a new novel project?  I'm not convinced it is going to be a novel yet, so I'm referring to it by a euphemism.  "Novel project" sounds a bit less certain than novel.  Anyway, I don't know much about my characters yet.  And I need to.  So I did a bit of remote viewing on them.  (I'm actually not sure if you can remote view characters who don't actually exist, but you get the point.)

Wow.  The results were amazing.  A stream of new information appeared, all of it relevant and useful.  I tried it again this morning, and yet more came through.  So I thought I'd share the process with you.  And let me be clear that this is my take on what Orloff described, as I've not yet gotten to the part where she explains how to do it.

1.  Get comfy, have pen and paper handy, and close your eyes.

2.  Take a few deep centering breaths to quiet your mind.

3.  Repeat the name of the character to yourself, or ask a question pertaining to your writing.

4.  Pay close attention to what comes up.  It might be visual images or words.

5.  Be patient, it can sometimes take awhile.  Sitting with the question or name is key.

6.  Open your eyes and make notes about what you got.

That's it, that's all you have to do.  It is not woo-woo in the least, just a simple process to utilize intuition to access information about your writing.  So give it a try and let me know what happens.

How else do you use intuition in your writing?  I'd love to hear about it.