I'm spending the day writing a eulogy for a family friend.  Actually, my daughter is doing much of the work and I'm helping her.  The two of us are sitting in my living room, kitty cats lolling on the floor between us, basking in the warmth of the fire we've had lit all day.

It is a difficult day.  Tomorrow, the day of the funeral, will be even harder.

Our friend was only 46.  Too young to die.  And to make matters worse, she took her own life. 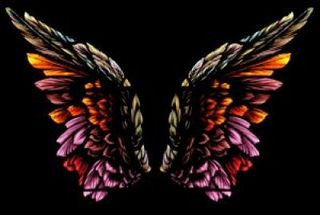 This is the hardest part to comprehend for those of us who remain.  She was loving, vibrant, funny, intelligent, creative, joyous, and passionate.  She had a husband who adored her, and a wide circle of loving friends.  And she was also in terrible pain, both physical and emotional.

Eventually the pain won out.

For those of us who remain, it is difficult to know how to react.  Words are inadequate to comfort her husband, or each other.  Wrapping one's brain around the awful finality of it is impossible.

My friend was a writer, a sometime blogger, an entrepreneur, a truly creative woman.  Whenever something like this happens, I think and think and think about it.  And cry and weep and wail.  And then I get back to thinking.  And I think the best tribute to her is to carry on.  To live life as fully as possible, which to me–and I think it was so for her–means using all my talents to the fullest.  To serve others and the world with my gifts.  To laugh and love and enjoy.

Her death makes me recommit to my writing, fiercely and fervently.  To vow not to waste a minute mindlessly surfing the internet when I could be creating something beautiful and full of life.  To remember what a gift life is and share that knowledge as often and in as many ways as possible.  This is the highest honor and respect I can give her memory.

And so that's what I'm going to do.

Rest in peace, my dear friend.

My mother's cat, Emma, came to live with us about a month ago, when it became apparent that Mom was going to be in the nursing home a good long time, like forever.

Emma was as old in cat years as Mom in human years (92), if not older.  By our best estimates, she was probably 17 or 18, and she was a decrepit, skinny thing who clearly was not in the greatest of health.  Also not the happiest cat you've ever met.  I think she was charming and kitty-like when first we got her for Mom, but that was so long ago its hard to remember.

For the past month, she spent all of her time in our kitchen, either on the little rug I put out for her, or in front of the heating vent.  Every time the Big Scary Beast (the blind Pug, also getting on in years) came snarfling into the kitchen she either fled (in a slow, awkward way) or hissed and growled at him.

I should have known something was up when in recent days she no longer hissed at Igor the Pug, but seemed to tolerate him.  I thought she was mellowing and that maybe someday Emma and Igor would even be friends.  I also thought she would live forever, because she was that kind of cat.

Alas, such was not to be.  On Friday night we went to a party to celebrate the recent nuptials and when we got home Emma was acting strangely.  Still, she always acted strangely and so I petted her and went to bed.

The next morning, at 6 AM, I found her dead, stiff as can be in her litter box (don't ask–I think it was a nice soft spot for her).  After the initial surprise and sadness, I felt guilt.  Guilt that I hadn't done more, guilt that I'd never really bonded with her, guilt, guilt, guilt.  But, come to think of it, guilt is a pretty selfish reaction–it makes the situation all about me when really it isn't.

As a wise friend said, Emma realized that her job–taking care of my Mom–was finished. We did the best we could for her in the short time we had together, but clearly the enterprise was doomed from the start.  And so she went on to a better place.  The kitchen feels strangely empty and the Pug is wandering around wondering what happened to that nummy wet cat food he could once in awhile nab when nobody was looking.  We took her poor little body, with bits and pieces of kitty litter still clinging to it, to my Mom's backyard and buried her beneath a tree where many other pets have gone to their reward over the years.

Ah, life.  So many changes already this year, personally and globally.  All one can do is hang on tight and hope for the best.  And keep loving each other, or the feeble demon cat, or whatever happens to pass into your care.  Because, when all is said and done, the secret of life is to love one another.  It is just that simple.