Yesterday, I wrote part one in this series on things I learned at the Writer's Loft last weekend, and you can read that post right here.  In it, I talked about the presentations by Jimmy Carl Harris and Kory Wells.

Today it is time to turn attention to Richard Goodman's workshop, "5 Things to Learn About Writing in 90 Minutes."  (I also wrote about Richard's book in this blog post before I left Portland.) This was a great workshop that was really inspiring to me–as was his book.  Here are my top takeaways from it:

So, there you have it, good advice all.

Next up is a brief rundown of a talk by David Pierce.  Brief because he came at the end of the day and I was again, doing admin stuff.  However, it will be brief but powerful, I promise!

The Writer's Loft orientation weekend is over and here's a news flash for you:

It was a wonderful, informative and inspiring weekend for writers, if a bit exhausting.  I've been laying somewhat low processing what I heard so that I can share it with you.   Turns out I heard a lot, and that was even with me missing some of the presentations while running around doing admin stuff.

So I'm doing the posts in three parts.  Here we go.

Jimmy Carl Harris started us off with a presentation on structure in short story.  Jimmy Carl is a former Marine, and great with structure.  But I didn't get to sit in much on this workshop, alas.  It was the start of the weekend, and Terry and I had things to do.  However, I do have one great takeaway quote for you:

After lunch, it was my turn.  I did a workshop on Writing Abundance: the Seven Practices of the Prolific and Prosperous Writer, which you can read more about on the Writing Abundance page.  At the Friday night reception, our wonderful student Alberta Tolbert graduated, yay! except we'll miss her.  Except we know she'll be around because all our loyal alumni come around as much as possible.  That night also, Kory Wells read her poetry, accompanied by her daughter Kelsey, who played the banjo.  Great show.  More about Kory in a minute.  Finally, Richard Goodman read from his book, French Dirt, and his soon-to-be-published New York Memoir.  More about him in the next post.

Okay, so here's the deal.  First thing Saturday morning, I did a Q and A with Richard Goodman about his books and writing.  It was awesome, and I mean that in the full sense of the word.  All I had to do was toss Richard the merest tidbit of a question and he was off and running.  Very inspiring.  I recorded the whole thing on my new digital voice recorder and planned to post it on this blog and also offer it to Richard for him to put on his website.

Alas, it was not to be.  You'll never in a million years guess why.

Because the dog ate my recorder.  Yes, indeed, it is true.  I'm housesitting at my home away from home, my dear friends' Sue and Walt's house and their newish dog, Gugi, a rescue from Emmylou Harris's pet rescue operation, ate my recorder.  She is such a sweetheart I couldn't even get mad at her.  I keep waiting for her to regurgitate some words of wisdom, but that hasn't happened yet.

So even though I don't have Richard on tape for you, I do have some nuggets from Kory Wells' talk on social media.  Kory is one of those rare birds who seems to be equally right-brained and left-brained.  She is at home in the techy world, which is where she works during the day, and an accomplished poet as well, with a fairly new volume of poems out called Heaven Was the Moon.  The perfect choice to demystify social media for writers.

Here are my takeaways:

I'm currently trying to learn as much as possible about social media, and Kory's presentation was really helpful.

Tomorrow (or as soon as I have time to write another post) I'll cover tidbits from Richard Goodman's lecture, "5 Things to Learn About Writing in 90 Minutes." 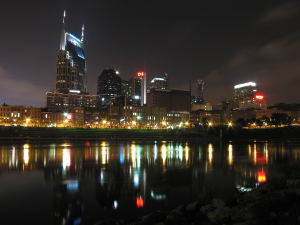 I travel a lot, sometimes a lot lot.  The last six months I have traveled a lot lot.  In August I was in LA, September in Nashville, October in New Mexico (a real vacation, who knew people did that?), November in LA again and December in Nashville.  That was not so very long ago, and now I'm heading back.

I have good reason to go, and I'm excited about the trip.  First up is the Writer's Loft orientation, a two-day affair for writers.  I'll be presenting my Writing Abundance workshop on Friday afternoon and it is open to the public, but if you are interested, hurry quick because we are filling up.  After the Writer's Loft, I am starting research for a new ghostwriting project.  I bought me a new digital voice recorder and I'm eager to get going. It is about a cat–what could be better?  Plus I'm meeting with two coaching clients–so far.  And I have tons of friends in Nashville who always get me into interesting things, like this time I'm going to visit a prison to meet a friend of a friend.

I tell ya, this stuff doesn't happen to me in Portland, which is one reason I love travel so much.

But it is also hard.

Don't get me wrong, I am not complaining.  I love my life and I love traveling.  It is just that I get stressed out thinking about the logistics.  You know–getting to the airport on time, making connections, picking up the rental car, like that.  When, really, I rarely have trouble with logistics and if I do, it all seems to sort itself out (on my last trip home from Nashville, I just missed my connecting flight in Denver but got to have dinner with a wonderful fellow traveler who was also stranded).

And I worry that the orientation will be satisfying, that people will like my workshop, that the research will go well, that I'll be able to take good care of the dogs who live in the house I'm housesitting…and while I'm at it, I worry that I haven't heard from the agent who is reading my book, and that my blog traffic will go down when I'm not able to post as often while I'm gone, and that I've got manuscripts to read, and that my cats will miss me and be sad while I'm gone, to say nothing of my family.  Oh wait, never mind, they are all busy with their own lives that don't center around me, I forgot.

But you get the idea.  Sometimes I start worrying so much that I wonder why I do this, why I set myself up for trips that entail so much responsibility and so many things that could go wrong.  And then I realize that if I didn't do it, I'd be bored with myself.  If I didn't set myself up for challenges, I'd probably never leave the house.  And, despite the fact that I long for a couple of months at home without rushing off again, the truth is I love traveling and I most especially love traveling to Nashville. And any crises I have to endure along the way will be worth it in the end.

So off I go again.

If you are in the Nashville area, come see me at the Loft this Friday and Saturday or email me and we'll set something up, okay?  And meanwhile, if anyone wants to chime in on their own travel worries, feel free.  Other people get stressed about travel, don't they?  Don't they?

I've been working, the last few days, on writing the workshop I'll be giving in Nashville next weekend.  I base this workshop on my Writing Abundance: Seven Practices of the Prolific and Prosperous Writer system.  Each one I do focuses on several different practices, so I always end up going back over the whole thing.  One of the practices I'll be focusing on this time is the practice of Creating, and in the process I wrote about why writing every day is so good for you.  I probably don't even have room for this in the workshop–I've got way more content than time–so I thought I'd share it here.

Writing every day, for me, is like having a nutritional IV drip. 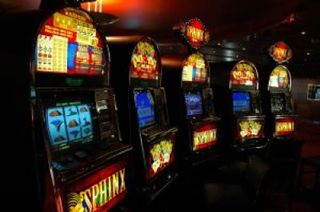 Have you ever been to a casino where they have plastic cards you can charge up with money and then wear around your neck on a mini-bungee cord?  And then people sit with their cards in the machine while it is still hanging from the bungee cord around their neck and it looks like they are on life support.

This is what writing every day does for me. It feeds me.  Here are some other benefits:

Now for some people, not writing every day is better.  I’m all for finding what works for you.  But for me, if I don’t write at least something I slough off.  And pretty soon days have gone by without me getting anything done….at least on my novel.  But for those of you who absolutely insist, tomorrow's post will be about the benefits of not writing every day.