A week or so ago, awesome blogger and novelist Christi Corbett gave me an award: 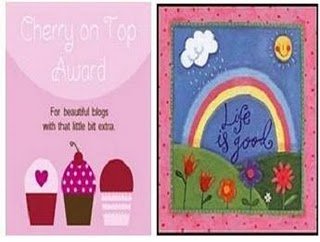 The idea of the award is twofold:

1.  You are supposed to pass it on to several other bloggers, and,

2.  You are supposed to write an answer to the question, if you could go back and change one thing in your life, what would it be?

I have an answer to that question, oh do I have an answer.  But before that, I want to deal with the first part of the award.  Although the idea is to choose your favorite bloggers to give the award to and thus pass the love along, I can't.  I've been thinking about this ever since I heard about the award, mulling things over in my mind and I just can't.

Why? Because there is such an abundance of them.  There are many, many wonderful blogs that I read and comment on.  And I love that.  I love that the internet has made writing a far more important task and skill that it was, say, ten years ago.  Now, if you are in business or have a need to promote yourself, you must have a blog, or find someone to write one for you.  Writing, and expressing oneself, is a must.  Even if you don't write a blog, odds are good you're regularly posting your thoughts on Facebook or Twitter.  All this blogging and Social Media-ing adds up to a lot of words being written every day.

And I think it's inspiring.  I think it is inspiring that the internet gives us all an opportunity to be creators of content, and that so many people have bravely taken the leap to express their thoughts on life online.  Yes, some of it is crap, but then, that is true of the traditional media and publishing industries as well.  And so my award goes to the blogosphere in general and all the millions (billions?) of bloggers who madly write away in it on a regular basis.

And now, the answer to the question: if I could change one thing in life, what would it be?

I would have more confidence in myself and my work.

There's a balance between ego and humility.  I once heard a wise author say that it's not egotistical to love your work and want the best for it and thus be willing to promote it in the world.  Too many of us writers, myself included, shy away from putting our work out (another reason why blogs are so great), perhaps because we think its egotistical, but more likely because we're not sure its good enough.

Of course, you have to work at it for quite some time to be good enough.  But that's not generally the problem I see or the problem I've had.  Instead, I see myself and others being hesitant to send our novels to agents because, well, who knows why.  I see myself and others not committing to the steps that would take our work from unknown to known. Why?  I think it all boils down to a lack of confidence.  This manifests in other ways, too, like not taking time to write when we have it, deciding to watch TV instead.  Sometimes we need a break, and sometimes it is just laziness, but often it is because we don't have confidence in our work.

So that's what I'd change.  I'd make it so I had mad confidence in my skills from the very beginning, so that, in a humble way, I was willing to put myself out there at every chance I got.  Hmmmm, come to think of it, there's no reason I can't start doing that now, is there?

How about you?  What would you change?

0 thoughts on “Inspiration Friday: The Blogosphere (With Bonus: What I’d Change)”