While I'm in Orlando, at the Suzanne Evans 10K business intensive, I'm posting old posts.  This is one of my all time favorites.

I'm afraid of everything. 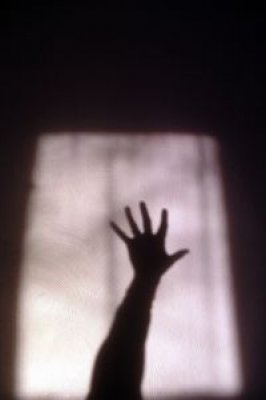 At least that is how it seems some days.  Most days.

Most people, looking at me, assume that I'm brimming with self confidence.  I travel alone, I speak and present workshops, I talk to strangers wherever I go. And maybe, if self confidence means constantly pushing at barriers, I am overflowing with it.  Because, the fact is, most of the time I'm either terrified or feel like an idiot because I don't know what I'm doing.  The only difference between me and others is that I'm out there doing it.

Because to not to do it is to let fear win.

Recently, I did something I've always especially feared.  This is going to sound really silly to most people, but I've always been afraid to eat out alone, especially at a nice restaurant.  On Monday, my dinner plans got canceled.  No problem, I thought, I'll have a quiet evening home alone.  Except while I was out doing errands the thought hit me like a brilliant epiphany that I should go eat at the bar at J. Alexander's.  It is a nice big bar, with attentive bartenders and singletons eat dinner there all the time.  I know, because I've been there with a friend.

I argued.  The thought persisted.  I texted one friend, called another.  Perhaps they wanted to join me?  One was unavailable, one was sick.

I argued more.  Wouldn't it be best just to stay home and eat leftovers?

The thought grew louder: do the things that scare you.

I loaded up my armor of  journal and book and screwed up my courage and off I went.  And I had a fabulous time.  Struck up a conversation with the man sitting next to me and never even had to pull out my armor.  Drank one glass of wine too many and ate a delicious burger and fries.

The next day, even though I was just the wee-est bit hungover, I felt fabulous.  Why?  Because I had felt a deep thrill of exhilaration while I was at the bar–I was successfully facing one of my deepest fears!–and afterward, an even deeper sense of satisfaction for having done it.

But here's the deal.  Fear is a sneaky demon and it shifts and shakes and siphons off our energy in unexpected ways.  Facing down one fear doesn't mean all the rest of your fears are now dealt with.  Not by a long shot.   You have to keep facing them, one by one, and then when you think you've gotten through the whole entire list some new ones will appear.  And fear can masquerade as boredom, or laziness, or telling yourself it just wasn't meant to be.  What I fear is not the same thing that you fear.  What you fear today may morph into something else tomorrow.