As I told you yesterday, I met Cindy Corpier at the Spalding MFA spring residency in Louisville, Kentucky last May.  She began her two-part series on dreaming and writing on Tuesday, and here I happily present Part Two.

Dreams can show the depth of a character’s
yearning.  Edna O’Brien’s
story, “Number 10,” tells the story of Mrs. Reinhardt whose denial of her
husband’s affair is so potent that her subconscious gives her the key,
literally and figuratively—yet her yearning for a return of their intimacy
prevents her from accepting the knowledge.  O’Brien begins, “Everything began to be better for Mrs.
Reinhardt from the moment she began to sleepwalk.  Every night her journey yielded a fresh surprise.”  What a delicious opening.  The story moves between Mrs.
Reinhardt’s vivid dream life in which she digs up a gold key and her daytime
life in which she pulls the exact key from her husband’s coat pocket but
doesn’t tell him.  The dreams move
into a beautiful house with a brass bed overhung with a lace canopy and “the
other things that she had always wanted.”  She has erotic dreams that leave her limp next to a
disinterested “solid mass of sleep.”

O’Brien uses
dreams to vividly portray Mrs. Reinhardt’s inner life and in this case frames
the entire story around the contrast between her bland “real” life and the life
she desires.  What makes the story
so interesting is the intersection between the two and how O’Brien lets the
reader know the truth Mrs. Reinhardt resists and re-imagines into a happier
ending.

Near the end of Divisidero, Michael Ondaatje (Yes, we’re
back to him) also uses a dream sequence to protect a character from harsh
reality by letting him imagine a happier ending.  Lucien Segura is a writer who returns from war to a home in
total darkness.  He hopes to see
his neighbor’s wife, Marie-Neige, a woman he has loved for many years.  When he goes inside their dark,
unheated farmhouse, he lights a candle and finds Marie-Neige fevering in
bed.  He cares for her through the
night, talks to her, wraps her in warm sheets and feeds her soup.  Except, he doesn’t do any of those things.
“He woke in the morning, his head
on the kitchen table, his eye against the blue of it . . . “  Lucien learns she has been dead for
months.  But her death lights a
creative fire within him and ultimately leads him to break from his
family.  Ondaatje uses the dream to
dual purpose in showing Lucien’s deep love and to galvanize him into
life-changing action—that starts with the writing of a series of books.

In All The Truth, Laura Brodie’s second
novel after the dreamlike The Widow’s
Season, one awful night changed everything for five-year-old Maggie.   Years later, she is haunted by
dreams of that night’s events and of yearning for the mother she lost.   Maggie is introduced as a
teenager whose nightmares send her back to her psychiatrist.  By revealing the content of Maggie’s
dreams in a riveting first chapter, Brodie engenders immediate sympathy for
her.  Because the character is a
reticent one, showing her emotions through the device of a dream works well in
the story.

Dreaming connects the writer to her readers.  Here I use dreaming to mean, as John
Gardner says in The Art of Fiction:

. . . whatever the
genre may be, fiction does its work by creating a dream in the reader’s mind .
. . if the effect of the dream is to be powerful, the dream must probably be
vivid and continuous—vivid because if
we are not quite clear about what it is we’re dreaming . . . our emotion and
judgments must be confused, dissipated, or blocked; and continuous because a repeatedly interrupted flow of action must
necessarily have less force than an action directly carried through from its
beginning to its conclusion. (31)

How does a writer
get to the place that makes possible the vivid, continuous dream?  Robert Olen Butler in From Where You Dream describes his view
of the process:

You’re dreamstorming, inviting the images of
moment-to-moment experience through your unconscious.  It’s very much like an intensive daydream, but a daydream
you are and are not controlling.
You let it go, but it’s coming through language that you’re putting on a
screen . . . The state of communion with your unconscious—the zone I’m trying
to describe—is absolutely essential, absolutely
essential to writing well in this art form. (31)

(Yes, both quotations are found on
the page 31 of their respective book.
Not a dream.)  Butler
reminds us that fiction is about three things:  human beings, human emotion and desire.  The writer must see, hear, smell, taste
and feel the story moment by moment in order to evoke these reactions in the
reader.

Dreams inspire stories.  Here are five famous books purportedly
inspired by dreams:  Twilight (Stephenie Meyer), Misery (Stephen King), Frankenstein (Mary Shelley), Dr. Jekyll and Mr. Hyde (Robert Louis
Stevenson) and Jonathan Livingston
Seagull (Richard Bach).  I’ve
not read Twilight and couldn’t sit
through more than a few minutes of the first movie, but the story of Stephenie
Meyer’s dream inspiration made me perk up.  Stephen King’s dream happened during a flight to England and
pushed him to write the first forty to fifty pages as soon as he landed.  What each of the five anecdotes share
is not just a dream, but an account of massive creative energy unleashed by the
dream.  Each writer grabbed it,
held on and wrote like hell.

In completing Sena’s
assignment, I found that by focusing on my dreams I remembered more than I
first thought, including one that has definite scary story potential.  I haven’t dreamed a Mary Shelley
masterpiece, but like Stephen Tyler says: 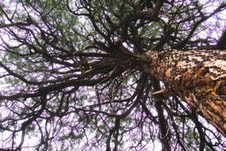 Dream until your dream come true

Have you dreamed a dream that led to writing?  Please share!

Cindy Corpier is a recent MFA in Fiction graduate from
Spalding University.  She lives in
Dallas, Texas where she practices Nephrology.  She’s never gone on a bad vacation, still believes she’ll
one day speak French fluently and lives with an incredibly patient husband
along with two fairly impatient orange cats.

All images by Cindy Corpier.

0 thoughts on “Guest Post, Part Two: I Haven’t Dreamed a Dream Yet”