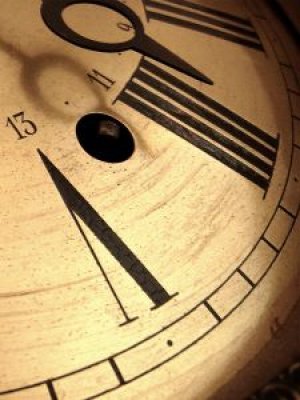 I'm all over Steve Chandler these days.  I have no idea where I first heard of him, but I've been reading his book on time management, Time Warrior, and I've learned a lot.  Since I subscribed to his newsletter, I also got a free PDF (which I sent to my Ipad to be read on the Kindle app) of his book Wealth Warrior. Chandler talks a lot about mind set–but I guarantee you his stuff his different from the same-old, same-old you're used to reading.

Usually I dislike male business types making pronouncements about how I should do things, because they are just so, well, male, in their orientation.  (No offense to my beloved male readers, it's just that I prefer a more holistic female approach to self management, which is less rule-oriented and more dispersed.)  But Chandler's approach really resonates with me.

He talks a lot about action (and let me also make clear that he follows his own advice, having written 30 books).   What I really like about his advice is twofold:

1.  He emphasizes the benefit of taking the emotion out of your choices.  How many times have you whined about a task (writing, even), "I just don't feel like doing it."  Chandler says that "warriors" don't wait until they feel like doing something, they just freaking do it.

2.  He talks a lot about the present moment, and taking the future out of your day.  In other words, we spend half our time thinking about how awful its going to be when we're engaged in whatever chore we don't want to do.  Thus, we're focused on the future, not the present moment.  But if I you just quit projecting yourself into the future and do the chore without emotion, you'll accomplish a lot.

And here's the tip mentioned in the headline:

Whatever it is you gotta do, commit to doing it for three minutes.  Three measly minutes.  This will accomplish one of two things:

–You'll at least have connected with the project for a bit.  Don't downplay the importance of this, because it creates momentum, and momentum is what gets books written.

–You'll most likely get wrapped up in what you're doing and work far longer than three minutes.  But, by telling yourself that you only have to work for three minutes, you've enticed yourself to the page.

I've used a variant of this, telling myself I only have to work 15 minutes, for years.  But I like the three minute idea even better.  Because, really, anyone can commit three minutes to something–even you. Right?

I encouraged a friend who was struggling with a paper for a class to commit to three minutes on it and she texted me an hour later saying the paper was done and sent in.  This little trick of the mind works, people.  I now use it on myself all the time.

Do you procrastinate?  How do you get yourself out of it?

0 thoughts on “Procrastinating on Your Writing? Try This”