So, my novel manuscript, the one I’m almost done rewriting, originally came in at over 107,000 words. 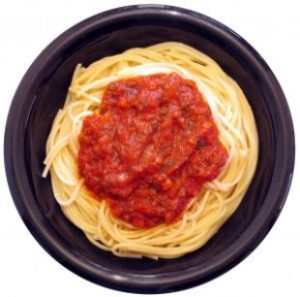 “But part of it is recipes,” I told myself.

Under orders from my agent, I’m in the process of cutting it to under 100K. (I’m currently at 99,378, with about 100 pages yet to comb through, so not bad.) I’ve realized as I do this, a couple of things: 1. that trimming the fat is making it a much better book, and 2. that this is a very inexact process.

All that being said, here are some ideas about how to approach cutting your precious words back:

Keep the noodles on the stove.  My characters love to noodle. To ponder. To think deep thoughts about life. And I, in my efforts to make sure the reader gets it, often have them noodle about the same issue. Over and over and over again. Noodling is one of the easiest things to cut. (A brief aside. I was cooking Mac and Cheese for my three-year-old granddaughter the other day and mentioned that the noodles were on the stove.  “What’s a noodle, Nonni?” she asked. Because only people of a certain age call it anything but pasta. Duh.)

Cut entire scenes or chapters.  This is far and away the most painful thing to do. And the most effective–in my case, I ditched several thousand words in one quick swoop.  It was a chapter I’d added in to supposedly give the reader more insight into a particular character, but much of it was fluff. So I held my breath and slashed it. (Though nothing is ever deleted forever. See my procedural notes below.)

Ditch telling and then showing.  I see this often in my client’s manuscripts.  First they tell us something, then show it.  I thought I was good at not doing this. But hahaha, turns out that’s not only the case. Since my characters love to noodle, they sometimes think about doing something, then say it in dialogue, and then…gasp…they actually do it.  Thus I am repeating the same thing three times. A good rule of thumb in such situations: dialogue or action is always stronger than thoughts.

Edit out sentences that say the same thing in different ways.  Similar to the above, in my efforts to hit my reader over the head with my brilliance, I say it on way. And then another. And then…oh wait, just in case, let’s try yet another way! Away with all of these repetitious bits.

Keep the momentum moving forward.  It’s easy to unintentionally stall the action.  Here’s an example. My main character, Madeleine, is at a party.  She goes outside to deal with one of the party-goers and then thinks, “Suddenly the prospect of returning to the party wasn’t so appealing.” But I’ve still got a bunch of things that have to happen at the party. Yet she’s letting all the air out by saying that. This also happens when writers build up to a scene, say an argument between husband and wife, and then don’t end the scene without writing the argument.

If something is niggling at you, pay attention to it.  Sometimes it happens that a little thought comes into your head along the lines of you should go back to chapter 14 and look at what Richard says. But you ignore it. Because, you’re way beyond chapter 14 and who wants go go back? But that thought keeps niggling at you. Pay attention. This happened to me earlier today and after I dragged my metaphorical feet long and hard, I finally went back–and rewrote a chunk of the chapter. It’s much stronger now.

That’s it for the actual wordsmithing.  But below find a couple of procedural tips:

Keep a hold file.  This is an extra file in which I copy and paste the gems I’m cutting.  I’ve done this for years, so that I’m certain to hang onto my brilliance. However, I learned a better way to make sure I don’t panic when I highlight vast swaths of copy and hit delete. And that is:

Save a new file every day.  I do this by date: BCRewriteFour8.25.16. And so on, through all the days I’m working on it.  Then you know you can always go back to what you wrote the day before and your brain won’t tell you that you can’t delete those delicately beautiful words because the world will suffer if you do. (I learned this tip from Rachael Herron.)

What are you working on? Doing any rewriting? Got any tips to share? Please do!

0 thoughts on “Cutting the Fat”